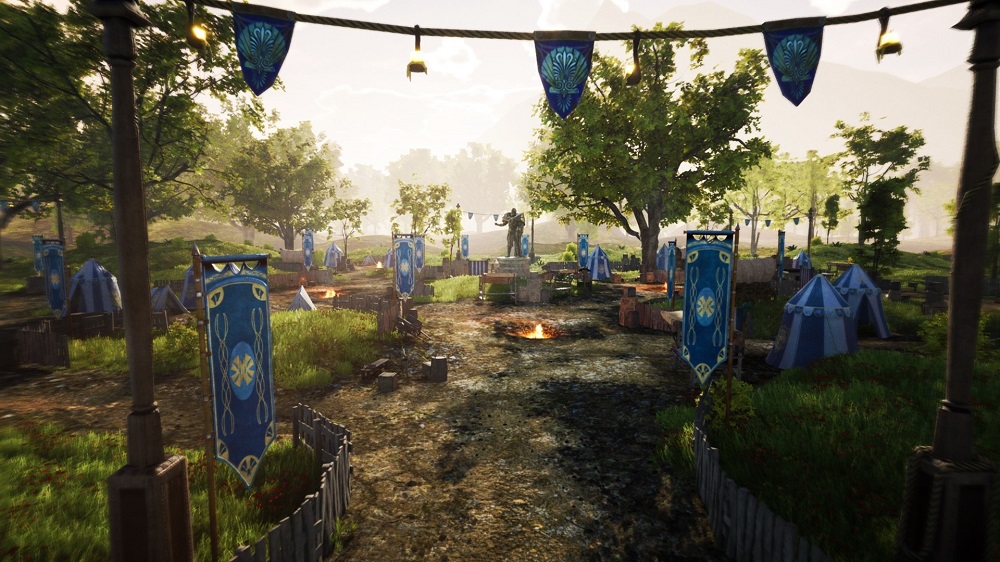 Each Node Type brings something new to the world, and in this article, we’ll delve into what the Economic Node Type provides to the players of Ashes of Creation. If you missed our previous article in this series, we highly recommend you check out “Know Your Nodes: Scientific Node Type.” As a disclaimer, we want to note that our game is still in development, so all design decisions are subject to change during our Alphas and Betas. With that in mind, this series will provide you details on our current design plan for Nodes. 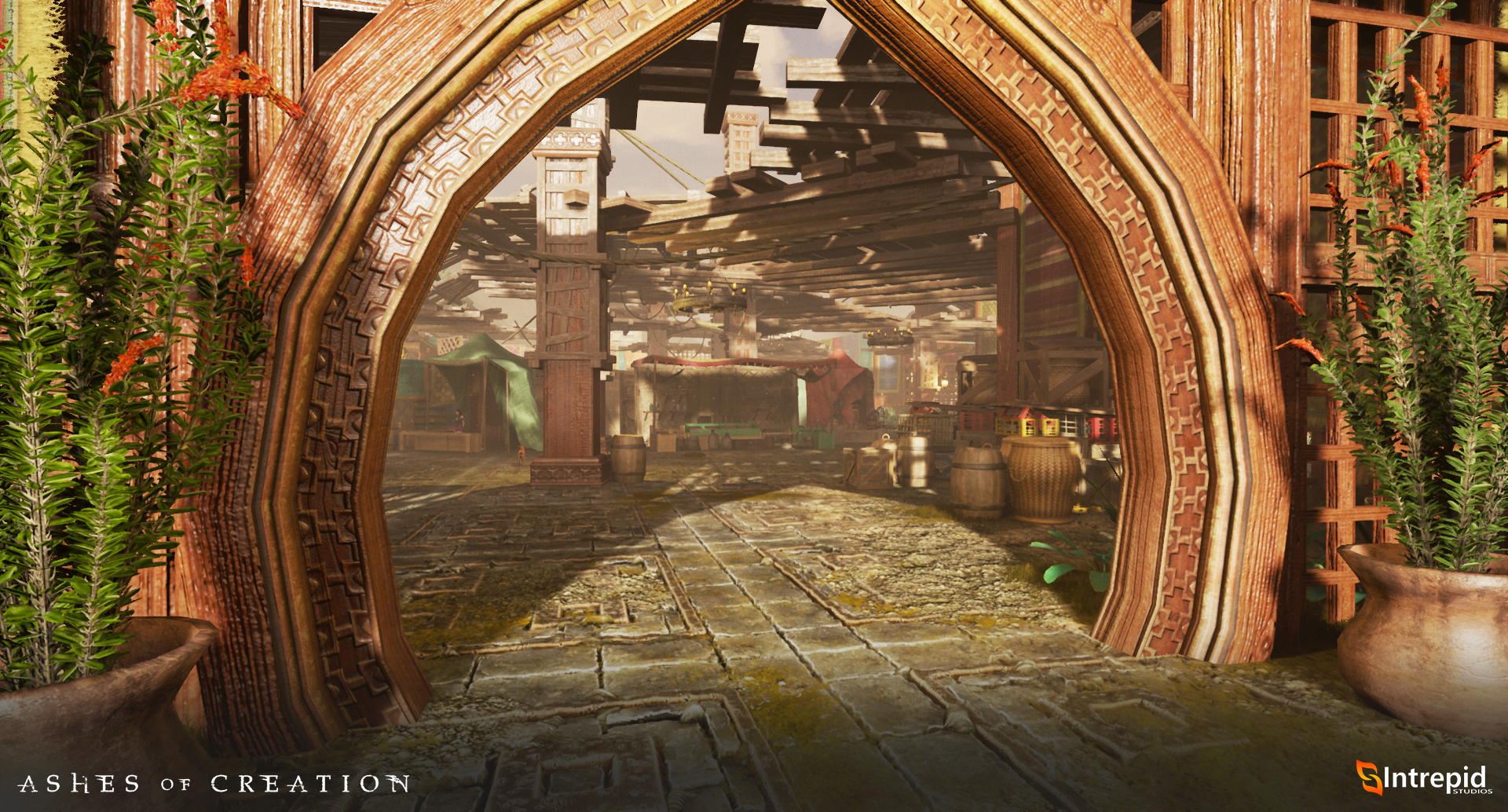 What makes an Economic Node different from other Nodes?

Hundreds of years before the first Harbinger appeared in the Verran sky, under the rule of King Fentis Lyneth VIII, there lived a great Aelan explorer named Doren Greyshore. Doren sailed the first ships to the shores of Eranthia, where he established one of the wealthiest guilds the 10 seas had ever seen: The Greyshore Company. Their motto - to this day - still holds true: “The sails of diplomacy are driven by the winds of trade, within the seas of opportunity.”

If playing the game of supply and demand is something you enjoy, the Economic Node Type is one you’ll want to find citizenship in. Whether it’s trading goods across land and sea, hoarding the income you make, or purchasing whatever you fancy, Economic Nodes provide a plethora of ways for players in Ashes of Creation to grow their fortune, build their reputation, and attain rare goods or fame. During the Expedition stage of this Node, players will encounter merchants looking for the help of brave adventurers and curious artisans. If you choose to aid them, the once-small Expedition could grow into a sprawling Metropolis with rare items from lands afar! 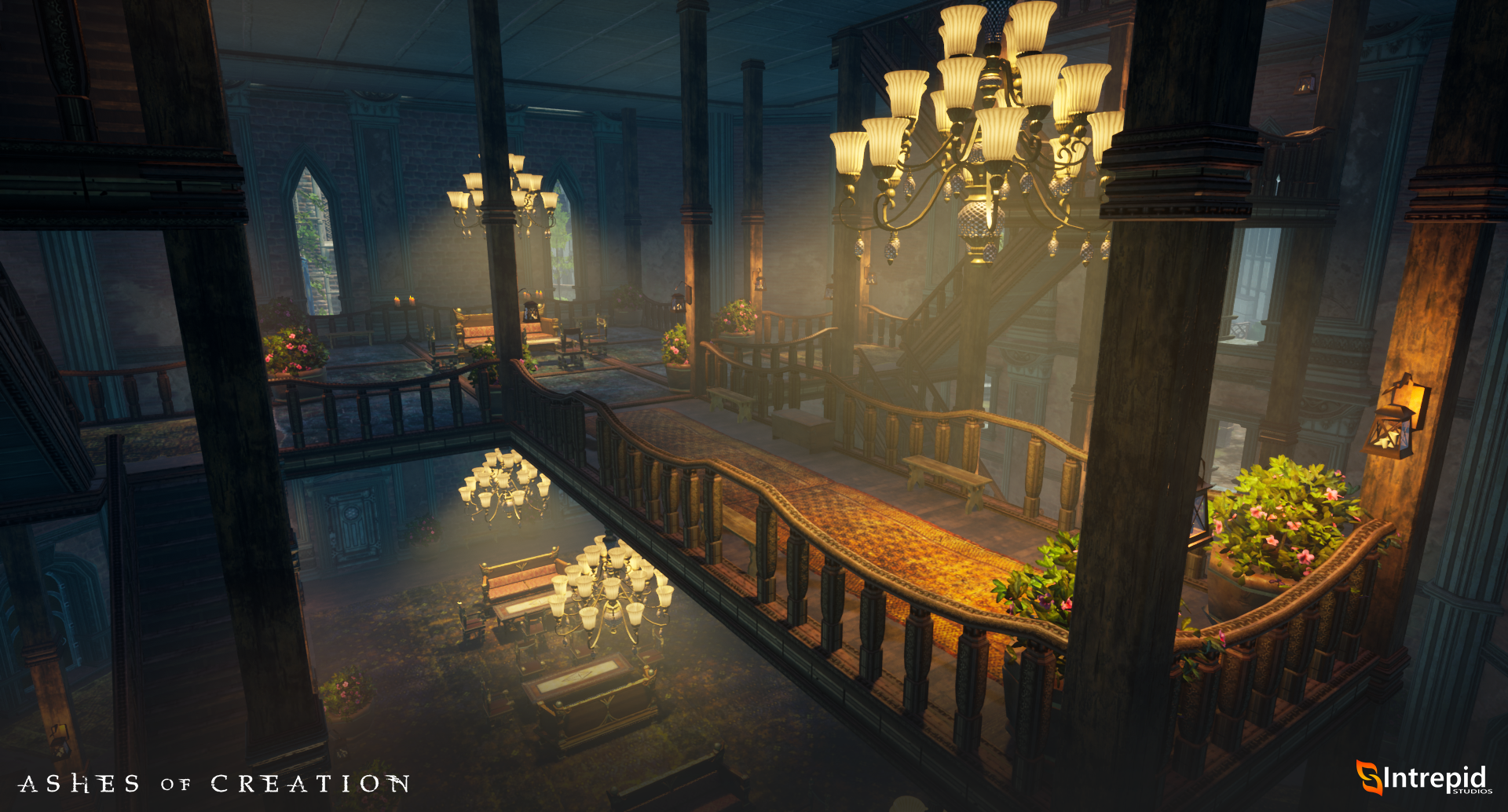 At the Village Stage, the Economic Node’s Unique Building is the Market, which serves as a center for the transaction of goods and services within the area. Players can use the Market to access features including (but not limited to) some of the following:

At the Town Stage, the Economic Node’s Unique Building becomes the Exchange. In addition to the previous abilities that the Market offered, the Exchange adds additional services, including (but not limited) to:

At the City Stage, the Economic Node’s Unique Building becomes the Galleria. In addition to the previous abilities that the Market and Exchange offered, the Galleria adds additional services, including (but not limited) to:

At the Metropolis Stage, the Economic Node’s Unique Building becomes the Emporium. In addition to the previous abilities that the Market, Exchange, and Galleria offered, the Emporium adds a considerable amount of additional services, including (but not limited) to:

The Unique Building plays a central role in the progress of civilization for a server. The above examples are a small insight into the benefits of the Economic Node’s Unique Building - we don’t want to give away all our secrets, and would rather leave the discovery to our players. 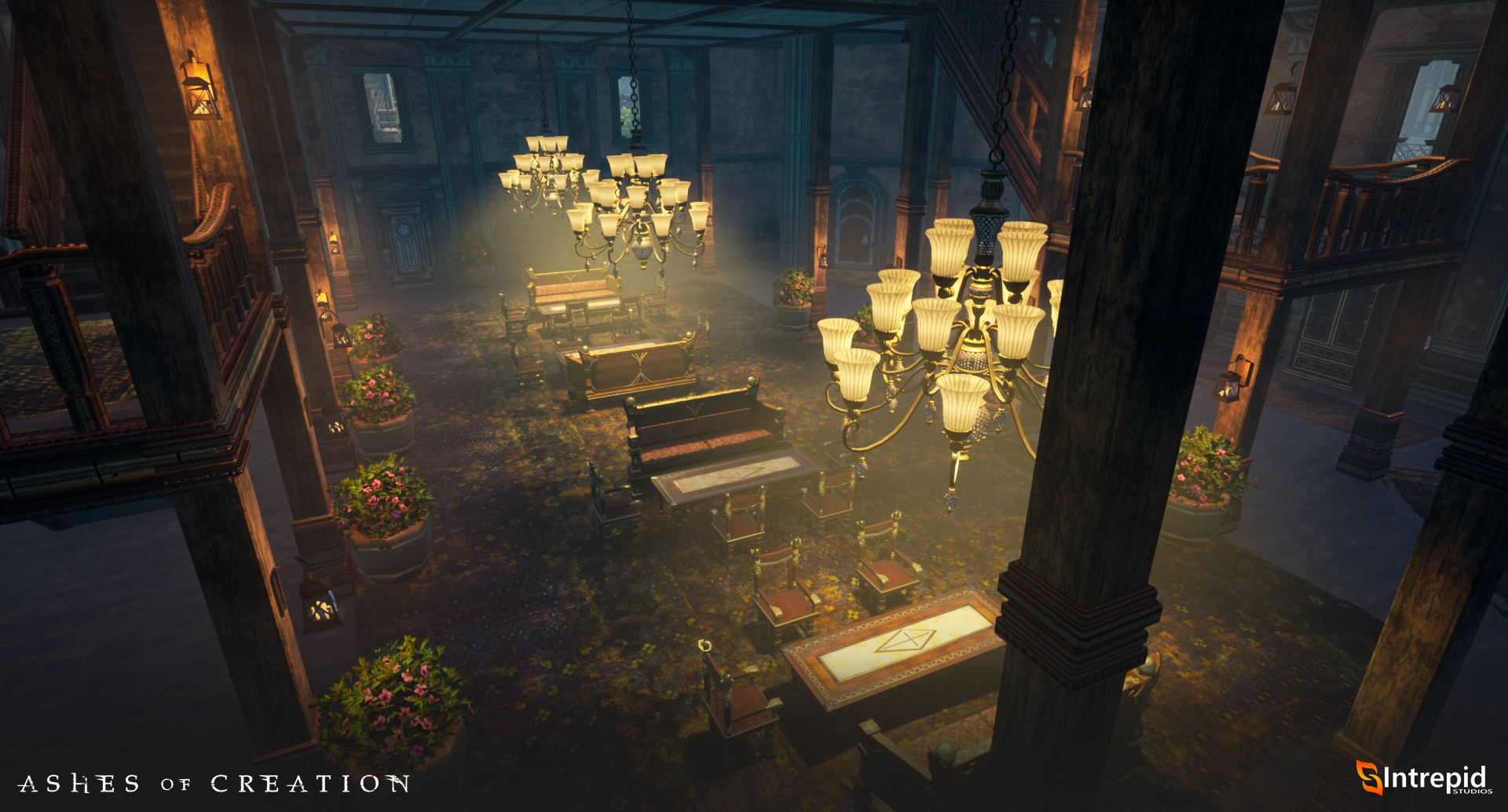 Each Node Type has a Superpower granted to the Node. These abilities become unlocked when the Node reaches Level 6 (Metropolis Stage). They are intended to change the dynamics of the game significantly.

The Linked Economy Superpower has the potential to create a massive market that spans the world. This will allow players to attain and sell goods with ease, providing those who have access to these Economic Nodes a faster path to fortune in the lands of Ashes of Creation. 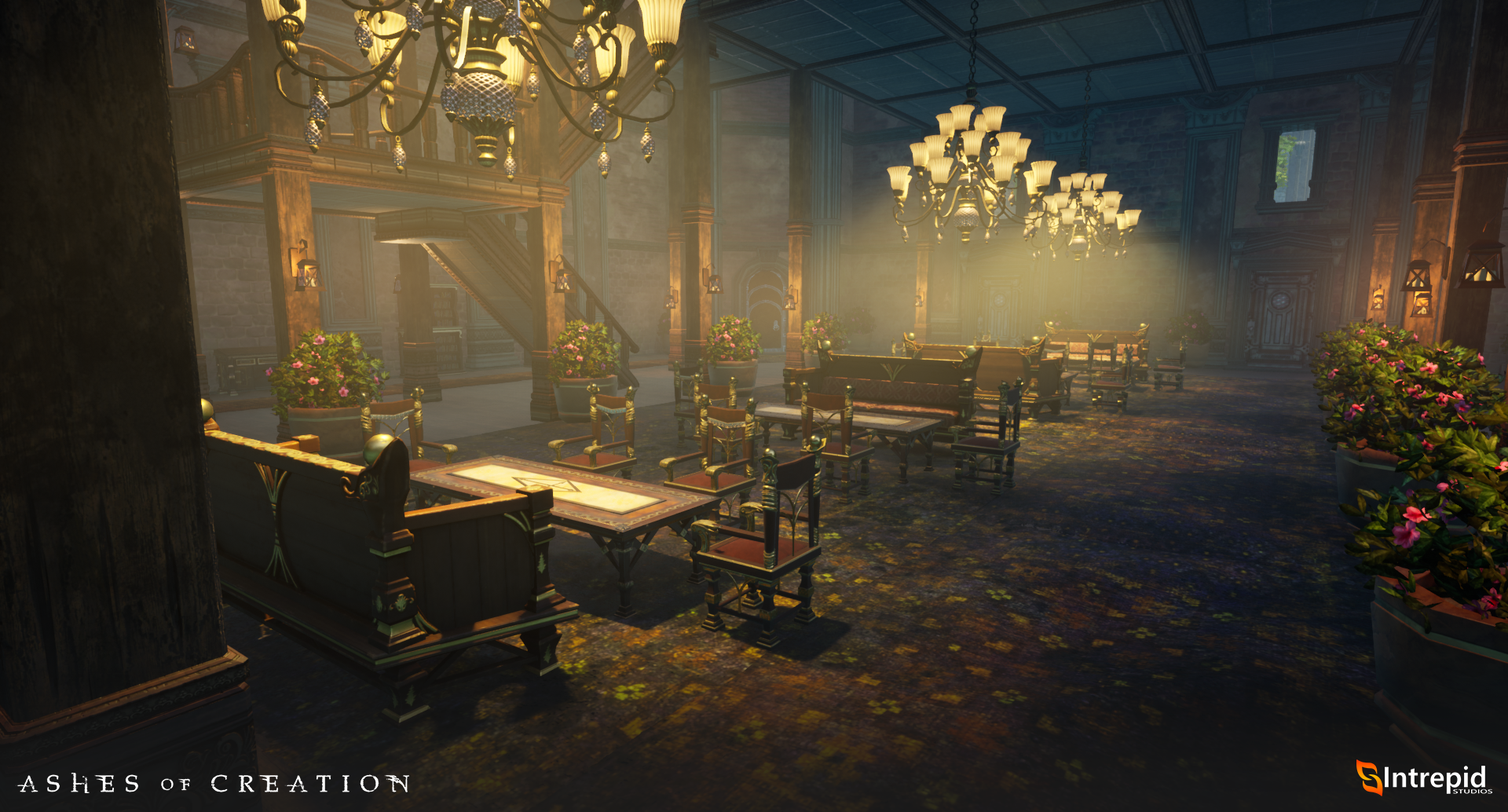 Ashes of Creation allows you, the player, to decide the fate of the world around you. With each Node Type, you can change the flow of resources and goods in the world. Will you grow the largest Economic Metropolis and help guide the riches of Verra, or will you choose another path unlocking new stories filled with allies and enemies?

In the next Know Your Nodes article, we’ll be covering the Divine Node Type, so be sure to follow us on Twitter and Facebook in order to get the most up-to-date information on Ashes of Creation! 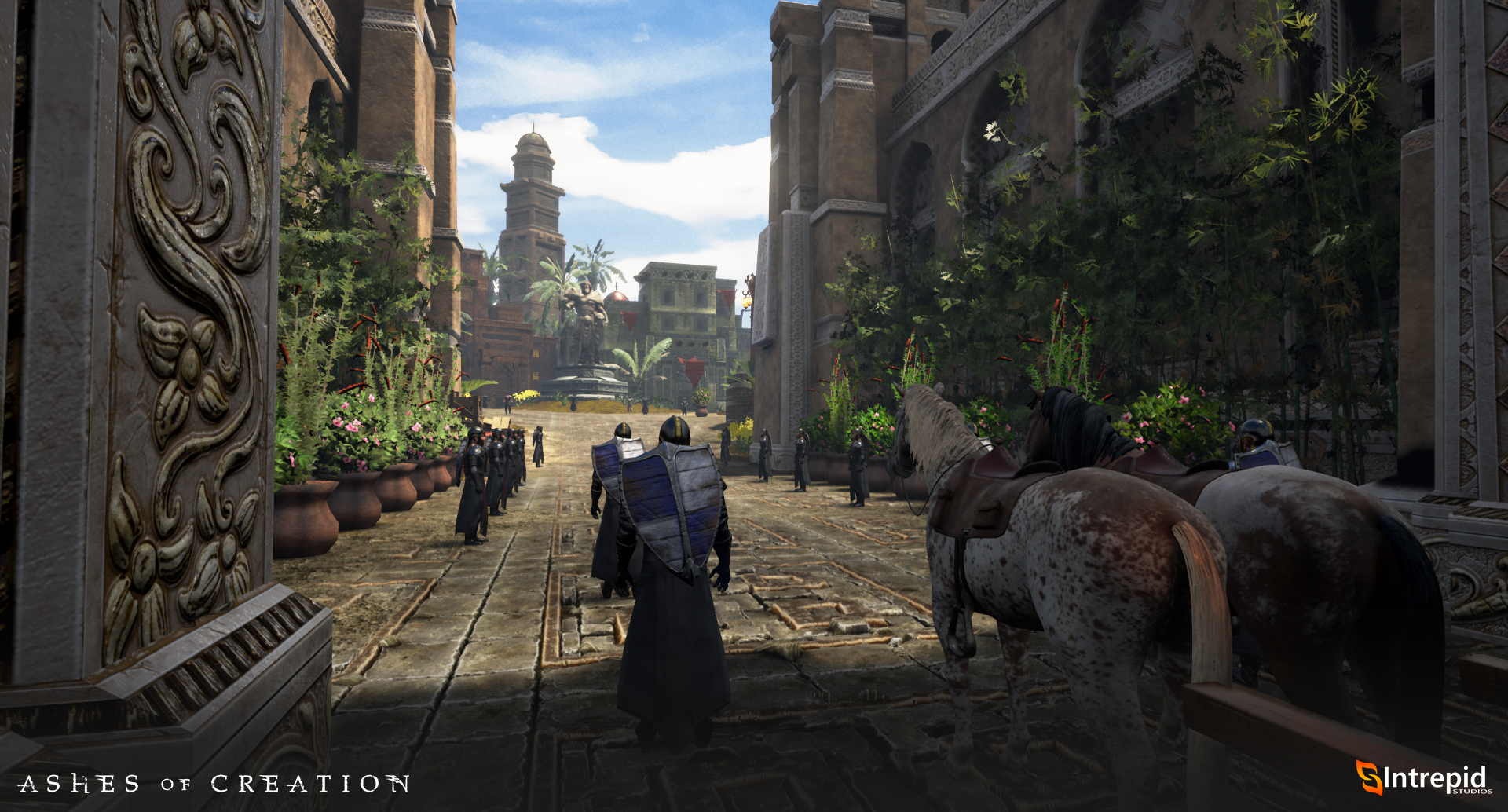