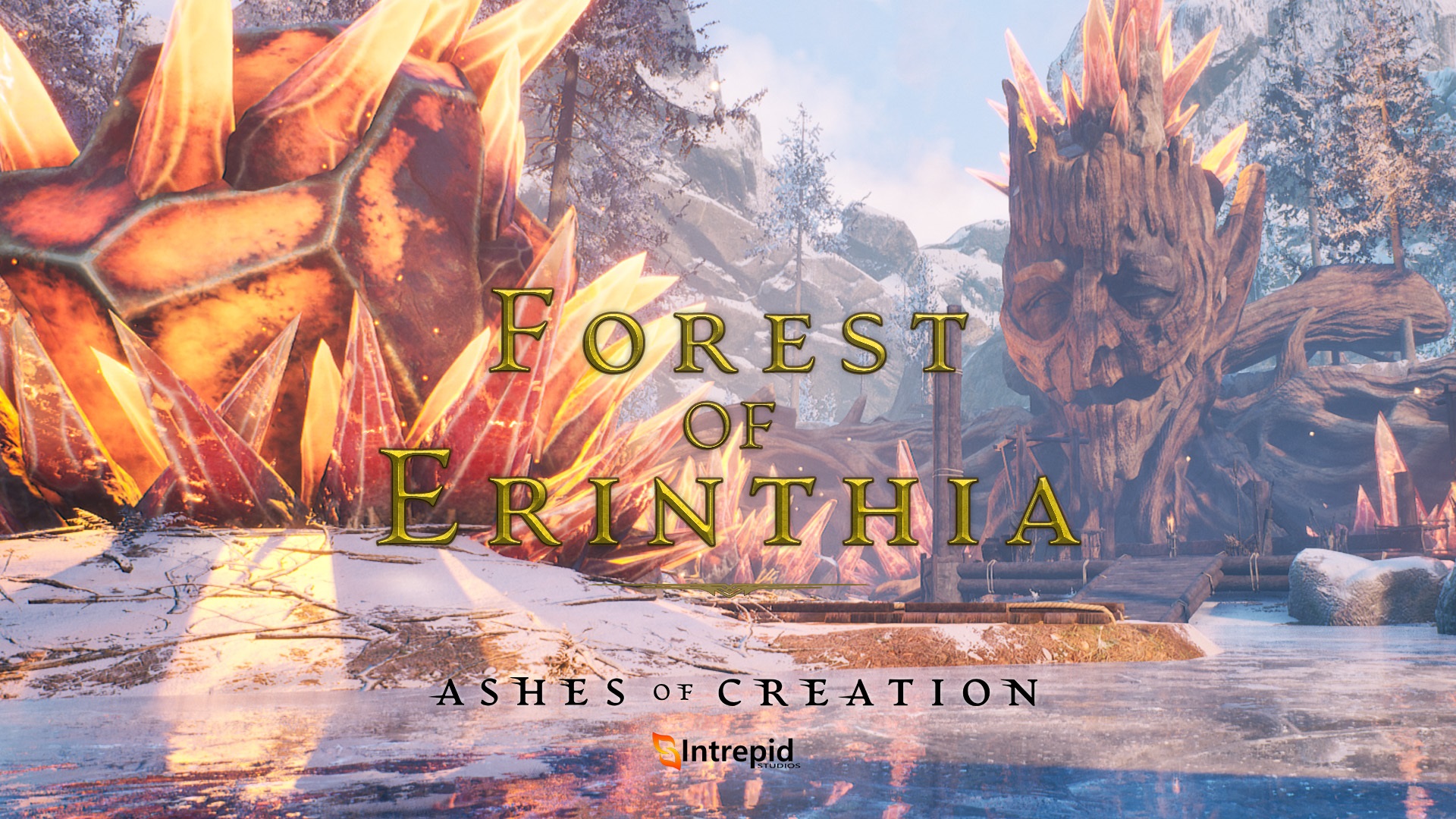 One of the great advantages that Ashes of Creation Apocalypse has to offer our development process for the Ashes of Creation MMORPG is the ability to test and optimize the many different biomes and environments that make up the diverse map of Verra.

On October 11, 2019, we are rolling out the Forest of Erinthia map for players to experience in Apocalypse! Long before your character steps foot into the MMORPG world of Verra, your ancestors inhabited the enchanted woods of the great Pyrian Forest of Erinthia. These lands have flourished and long been the home of the Kingdom of Pyria under the rule of Eridelle. The great Forest of Erinthia is vast and borders many non-Pyrian settlements, including some human settlements.

As we continue to update Apocalypse with Castle Sieges, Horde Mode and the Battle Royale, we will provide our glorious players with more new beautiful immersive environments in anticipation of our MMORPG's Alphas and Betas, all in our Ashes of Creation Apocalypse free-to-play experience!

To stay up-to-date with the latest changes during Early Access testing, please keep an eye on our Known Issues forum thread.