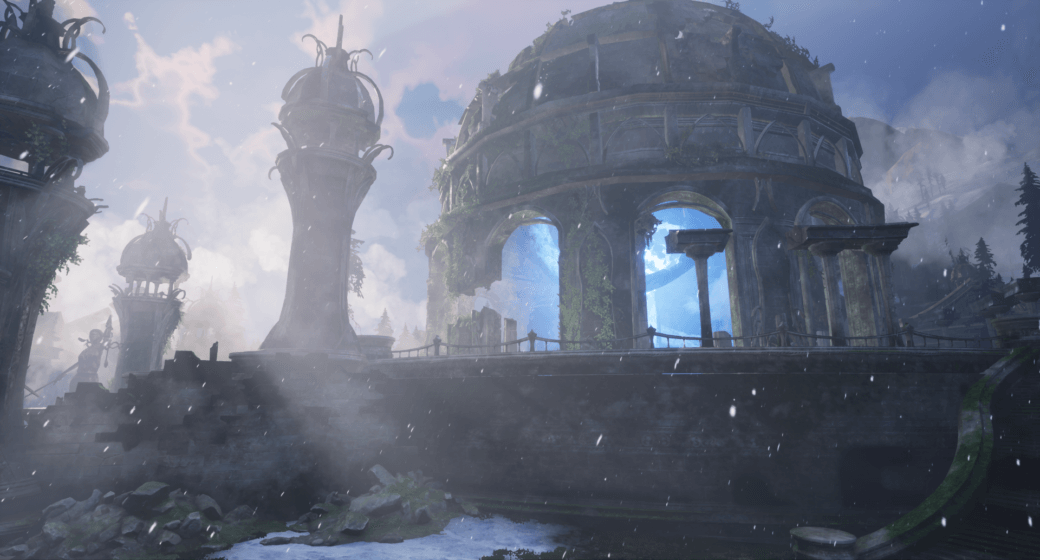 The rustling and bustling of the city envelops you. From your home in the lower end of town, a grizzled and gray Vaelune sells trinkets made of something that at least looks like gold. A Dunir family buys spices from a Ren’Kai with a soft smile as he gives them a deal.The buzz changes the longer you walk, people begin taking their time a bit more, the hollering and haggling ends. Where once you saw a Kaelar stooped over by age and illness, you now see an Empyrean selling fine art out of her gallery (complete with a statue-like guard to ward off wandering hands). You feel a bit out of place, but you have places to go and people to see. Every step takes you farther away from the city you knew and into the shadow of what controls it all. Looking up, you see what can only be called a ziggurat, but instead of worshipping creation it praises bureaucracy. The only thing you see above it is the sun, though even it seems to give deference to the monument before you. You know that you’re entering into a truly dangerous place – decisions made here don’t affect just you, but all of Verra.

There is no building more powerful, more magnetic than the City Hall. Many stories include themes of intrigue, power struggles – the highest highs of the human condition as well as the lowest lows.These stories are often wrapped in politics, or some type of government setting. Think of television shows where ambitious politicians use back door conversations to expand their own power, sci-fi novels where corporations own everything or fantasy novels where the court is as dangerous as the battlefield. Since our game has a player-run government structure, our world will be no different. For those who like to lead, participate or control, we’ve got just the system for you. 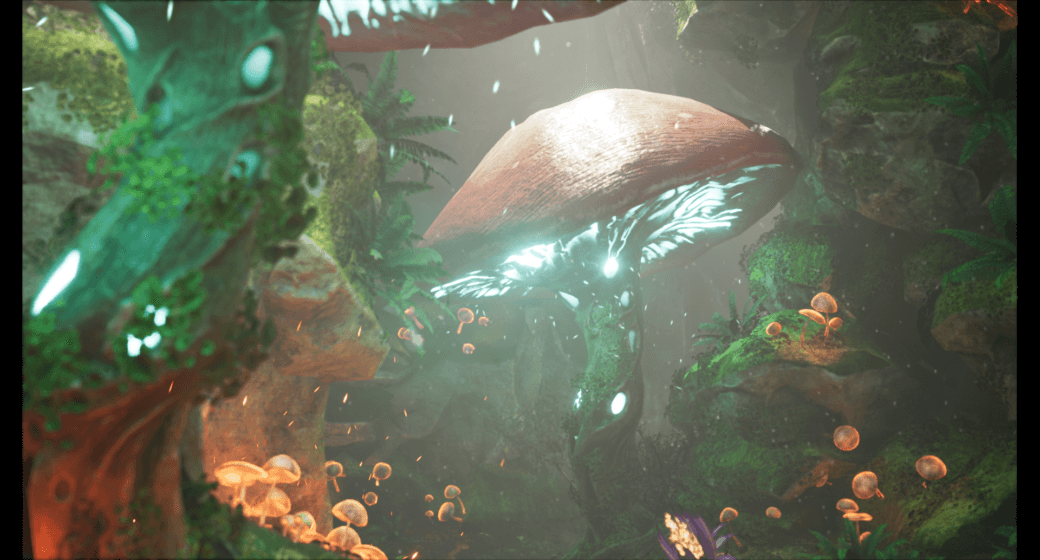 Our government system is really all about letting players take control of the world they make. The first step here is deciding how the city should feel, what laws should be in place and how it’s run. A lot of this comes from what’s actually in the city, so one of the largest systems players will interact with in the City Hall are buildings. Players are able to make choices about which buildings within the walls of the Node get built. Leaders of a Node will decide which buildings they want to build, expand (level up), or eventually demolish. Are you in an economic Node where most of your citizens have gold always on the brain? Then perhaps try expanding the marketplace by allowing more kiosks, or instead use those resources to build an auction house. These are decisions that change not just the literal landscape of the Node but the political landscape as well. Disagreements of the Node’s direction will inevitably arise and whether strife takes hold is dependent on the savvy of those in charge. By giving options to the players, personalities will eventually become more apparent and unless leaders play the political game well, that well-oiled bureaucratic machine may begin to break down. We want our Nodes to have personality, not because we made it that way but because our players are the Nodes.

Not all conflicts arise from within a Node, however. There are times where one Node will have problems with another down the road. Much like how at the tavern, guilds or groups may plan each other’s demise, leaders of Nodes can plan the destruction of others within the City Hall. Who else will rally the people and alert them to the dangers marching ever forward, ready to destroy their homes, other than the ever-selfless bureaucracy? The City Hall gives you the option to make foreign citizens of certain cities enemies of the state, rewarding your own citizens for helping bring them to justice! If the guerilla tactics seem a bit too roundabout for you, you can press the button to declare war on another Node and rally your citizens to the cause! Just be careful not to lose their favor, or you won’t be in power for long… 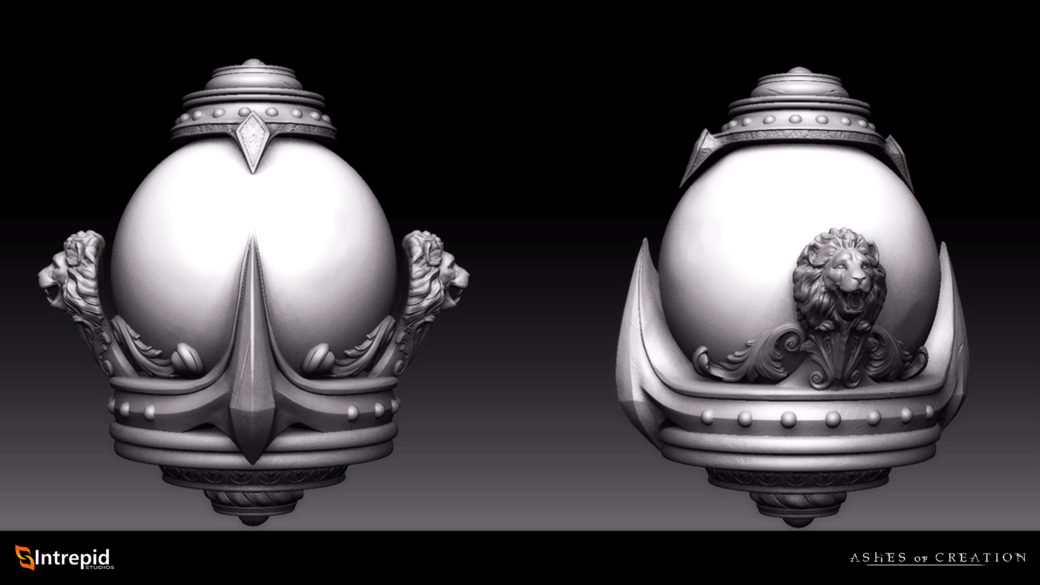 Node-relations aren’t just about bridge burning, it’s also about forming bonds. For those more inclined to find success through cooperation, you’ll find that the City Hall offers options for peaceful co-existence. One of the best ways to show that your interest is friendly is probably a trade agreement. Each Node entering into a trade agreement can designate caravans with certain materials to be sent to the other, improving the economy of both Nodes at the same time. This will give experience to all involved, contribute to the Node’s growth and help construct buildings. Diplomatically, this can lead to more trust and perhaps even an alliance. We want the City Hall to be the place where big decisions are made for each Node. It should be where the “ruling class” comes together and decides what to do (these decisions can quickly make them the “old ruling class” too).

The Node itself can be made more or less attractive depending on what its leaders do. The importance of this fact has far reaching implications. The beginning of a Node is essentially a group of people deciding where they’d like to do things, which creates a hub that attracts similarly minded people. But, eventually, desires change and a community evolves. Where at first people may have come together with shared needs for hunting or completing quests, they find amenities that make them want to establish something more permanent. Our dungeons, resource allocations, and home development all give people reasons to set down roots, which then culminates into a community. With a thriving community comes interaction and eventually this place may become a booming location for business, questing, raiding, grouping etc. Keeping the Node this populated and happy is no easy task, and it falls on the shoulders of those who have (been) chosen to make sure all goes well for their slice of the world. The most upfront way this happens is through a simple option that everyone knows all too well: taxes. Generally games use taxes as a money sink, taking money out of the economy otherwise suffer the cruel fate of “mudflation.” In our game, taxes also serve an important purpose for the player. Our towns are player run, and any interaction that is taxed there is taxed based on what the ruling body of the Node decided. The Node needs taxes to grow, but also needs them to be reasonable in order to attract new population and favorability. 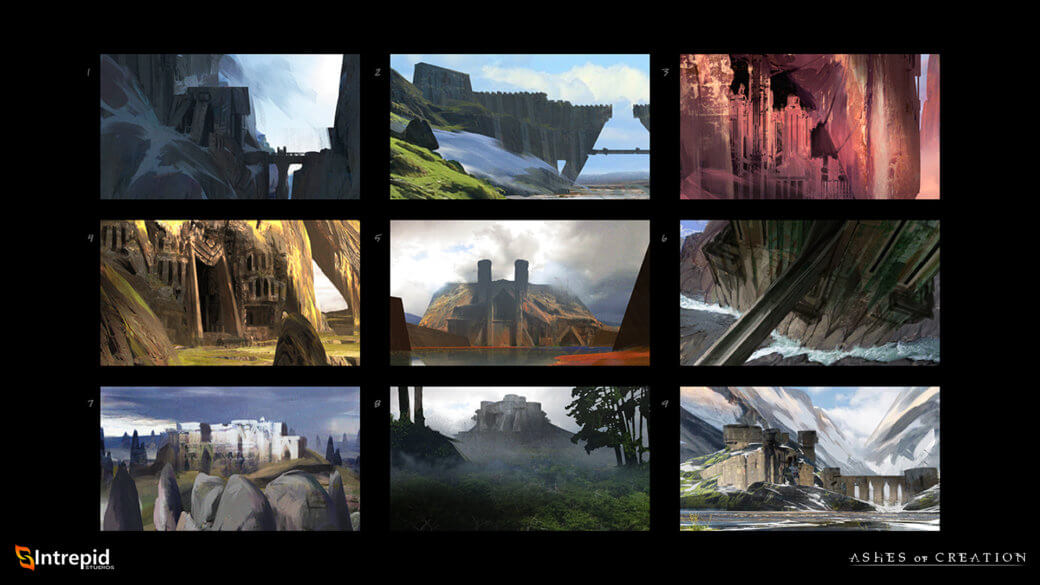 There are other, more positive, ways to bring players into your Node. This should be a major aim of those in power. The City Hall allows you to reward your citizens or attract even more. You can line the streets with festivities, giving your citizens buffs to things like experience gain, crafting, unique services, among many other benefits. The leaders in City Hall can also generate quests for everyone to enjoy. The rewards depend on Node level, Node type and the sort of improvements they’ve made. A Node isn’t just done when it becomes populated, a whole new game begins for players with a planning-oriented mind. Overcoming variables like location, warring guilds, and dynamic resource spawns aren’t the end of it, you also have to compete with competent leaders of another Node! The leaders of Nodes have to take the good with the bad, and are constantly battling within City Hall to make sure the citizens within the Node’s walls are safe, productive and happy.

As you leave City Hall there’s an odd feeling of all the weight of the world being lifted, but quickly, a new weight replaces it. You walk the route you normally take in the morning, getting a sense of how your town is doing. The Ren’Kai has closed his stall after a successful day, the smile is still on his face as he thinks of going home. The streets are quieter now, all of the hollering has left the market and is exchanged with music streaming out of taverns like The Mighty Beard. Being a council member isn’t easy, but everything here is your responsibility. Every morning the streets need to be loud in the market place, and every night taverns need to be bursting with activity. You’ll make the rounds tomorrow before going back again to City Hall, putting your reputation on the line once more to make sure the the city you’ve helped build lives to see another day. 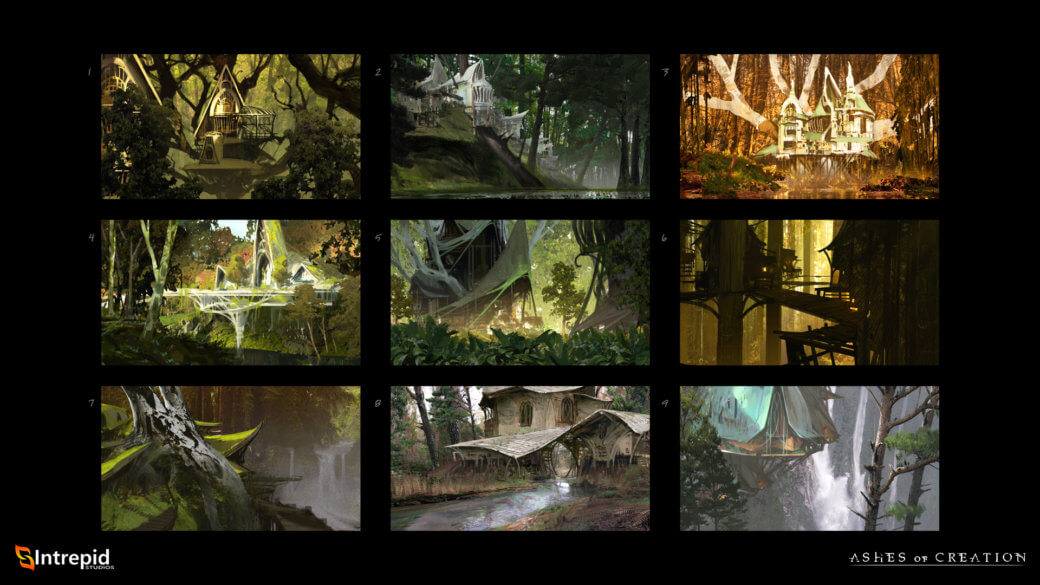