A WORLD WITH CONSEQUENCES 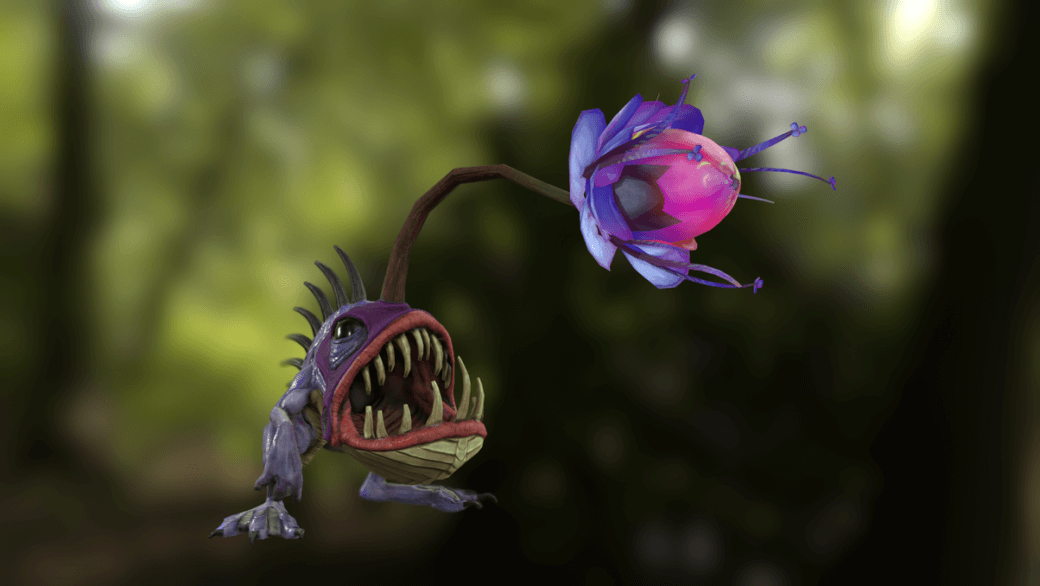 In this genre, worlds mature. One of the main features we love about Ashes of Creation is how it changes for the player. MMOs typically have a static world, the tree you just saw is always there and this type of monster is always right here. We don’t want that, a reactive world doesn’t work that way. Trees are supposed to fall down, creatures roam, herds form, and civilizations expand and contract. Players progress, bosses are defeated and storylines are explored and driven forward.

In the past, a traditional approach to an MMO world is something more static than we’d all hope for. We’ve seen advances in NPC patterns, we’ve seen developers strive to change the world on their own with content updates… but no one has done what we’re doing on Ashes of Creation. Each server in Ashes of Creation will be unique, because each server will grow, mature, and change on its own based on how its players interact with one another. Sure, we’ll have our own events planned out, but the players’ choices on how and where to settle towns, when to lay siege to settlements, and even how much they forage for resources – it all changes the landscape and layout of a given server.

With that in mind, let’s get into exactly how the world can change, what possible interactions you’ll have, and why it’s exciting!

This guy is anything but cute, and it’s probably why he has the flower. The world has its own ambitions, and this guy’s ambition is to eat. For the poor herbalist trying to get a reagent, they appear more as a meal to this critter. Not even picking flowers is without risk. Gathering, exploring, questing, just being in this new world brings danger, but with it comes excitement.

Rocks fall, pits await you in dungeons, cursed glades call out, even magical ley lines hold danger – the player will experience a tricky and sometimes combative world. We don’t think that a casual walk should be so… casual. Part of having an immersive experience is having immersive challenges. The coolest part of going into a cave isn’t opening the treasure chest, it’s earning the treasure chest. Slowly walking through dark places, not knowing what danger awaits you. Most importantly in an MMO, it’s sharing this experience of the unknown with others. A new world brings new challenges and hopefully new heroes.

When you push the world it pushes back. When you give to the world, it gives back. One of the main acts of player agency in Ashes on a macro level is the development of Nodes. Nodes are the birth of civilization, the expansion of the world’s people. The development of these Nodes will give great environmental benefits, bridges to connect new areas, better roads for travel and even harbors for coastal cities. But, should civilization push up against a cave or forest, creatures that have lain dormant for time untold will awaken. Like all things in life, the evolution and progression of a world is a give and take.

Take too much, and the world just might bite back.

Dark and malevolent beings may start to move towards your town, driven to fury by an emerging population once thought eradicated. Perhaps the trees will come to life and defend themselves when your people try to make lumber out of them. And once a world’s resources and nature are destroyed, they won’t just spawn a few minutes later for you to whack at them again. Like we said, this world changes, and it’s not always a quick change. Nothing is permanent, for ill or for good.

The world in Ashes has been void of civilization for centuries. Without revealing too much of the lore, it is important to know that long ago, there was a great calamity. This resulted in a mass exodus of the planet, granted by divine intervention. A corruption befell the land, twisting and perverting every facet of nature, from the troll-like creature you see below to all the way up to giant behemoths, nothing escaped its touch. More of our lore and story will be revealed carefully in the future, but for now, know that this corruption is always present.

The story of our game begins with the arrival of our players. You have been chosen to repopulate this forgotten world. To explore what untold magic and glory exists in the deep dark crevices of these lands. It is up to the players to advance civilization and found cities in order to develop this kingdom for the glory of your people. This civilization will begin to rise in the form of Nodes, following the path the players set forward.

Nodes aren’t the only way to affect the world, however. Usually within an MMO, the story is told to you on the micro level. The player is following a linear path, everyone has the same story and there’s no real choice. One major pillar of our design philosophy is that the player story is incredibly important, and that the stories the players create themselves are always the most memorable.

This is why we plan to have questlines that incorporate these player stories and make them part of the canon of your server. Did your server slay the raid boss at the end of this major quest, or did your raid wipe? Which city was it that built this temple, and to what God? Think of our game like a book, and each of these server quests a chapter. We want players to be the story, for their tales to be etched in the world. Each server will weave a different tale, and we think this level of player agency is an incredibly important part of storytelling in an MMO.

Of course parts of this will include traditional forms of narrative and a deep well of lore for players to explore. But what will make Ashes of Creation so special is that each server will have its own narrative, and each one can be vastly different, similar in some aspects, and never prescribed.

In designing Ashes of Creation, we adhere every detail to five main pillars: Engaging and Immersive Story, a Reactive World, Player Interaction, Player Agency, and Risk vs Reward. Even in the environment, everything you as the player do will tie into these pillars, while everything your guild does, everything your server does will ultimately keep the world fresh, ever-changing, and most importantly… exciting.