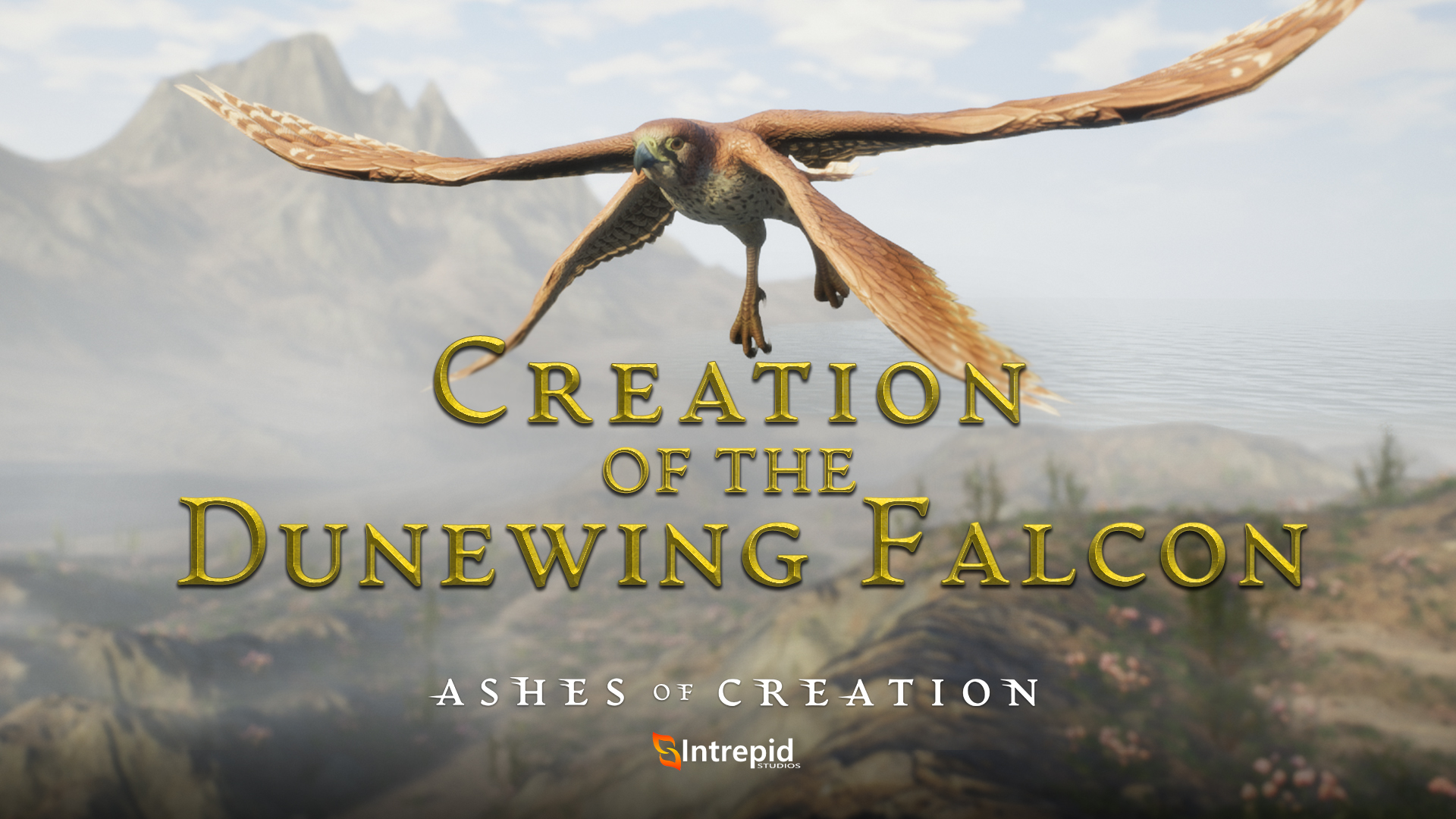 Among the Vaelune’s many pursuits, hunting is especially popular. They use specialized beasts to great effect, including the Dunewing Falcon. A fierce bird of prey, its physiology is well-adapted to survive Verra's blistering deserts. Its eyes are keen, and can spot the slightest hint of movement - even creatures wriggling beneath the sands. Making its nest in the rocky dunes, its talons are sharp enough to carve out the arid stone necessary to make its home. Most striking, however, are its four massive wings. Even in the midst of a raging sandstorm, the Dunewing is able to maintain its airborne stability without much detriment. The Dunewing is an incredibly hardy bird and is valued by the Vaelune for its intelligence, allowing for more efficient training, and even the use of more complex commands. 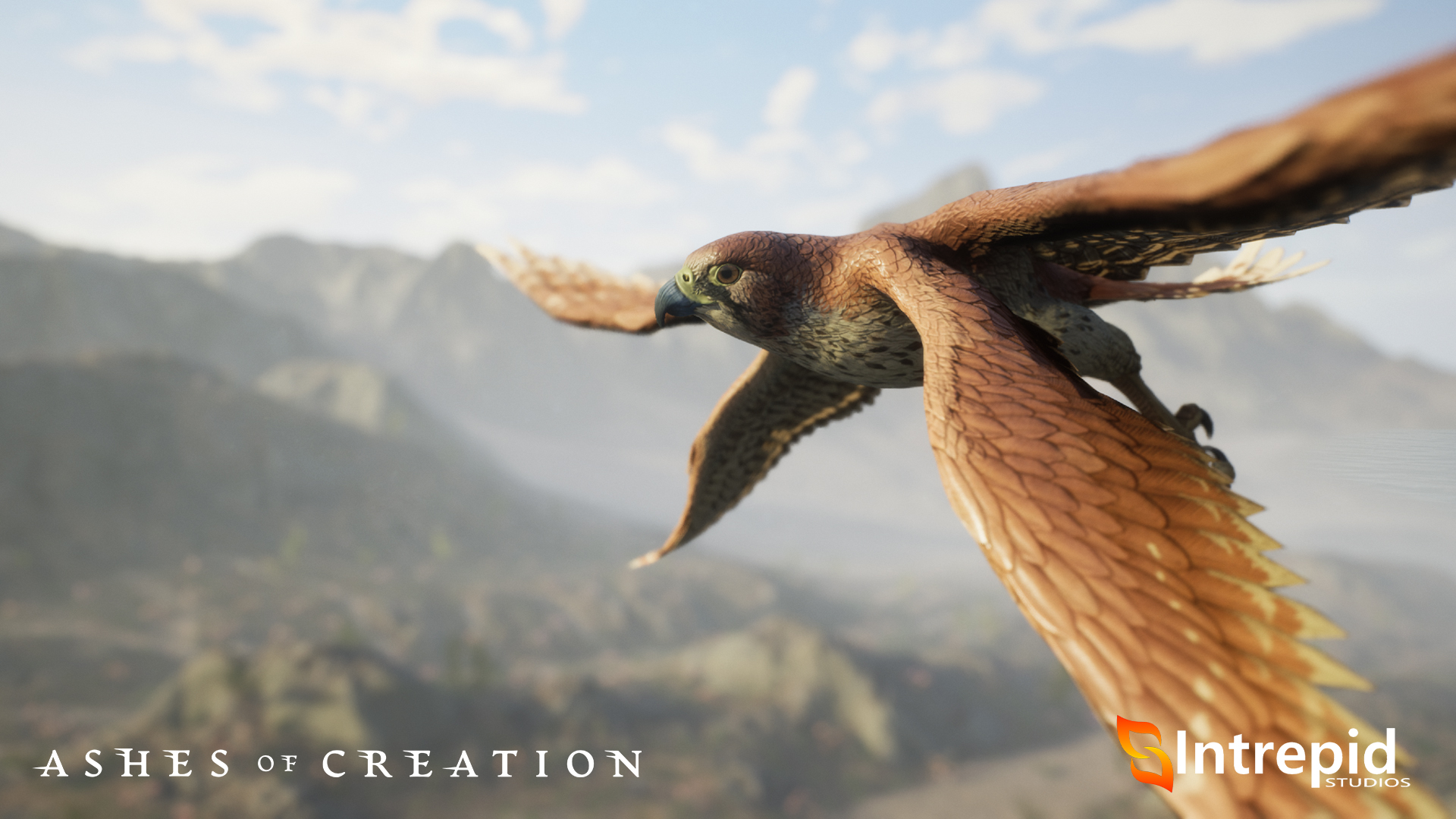 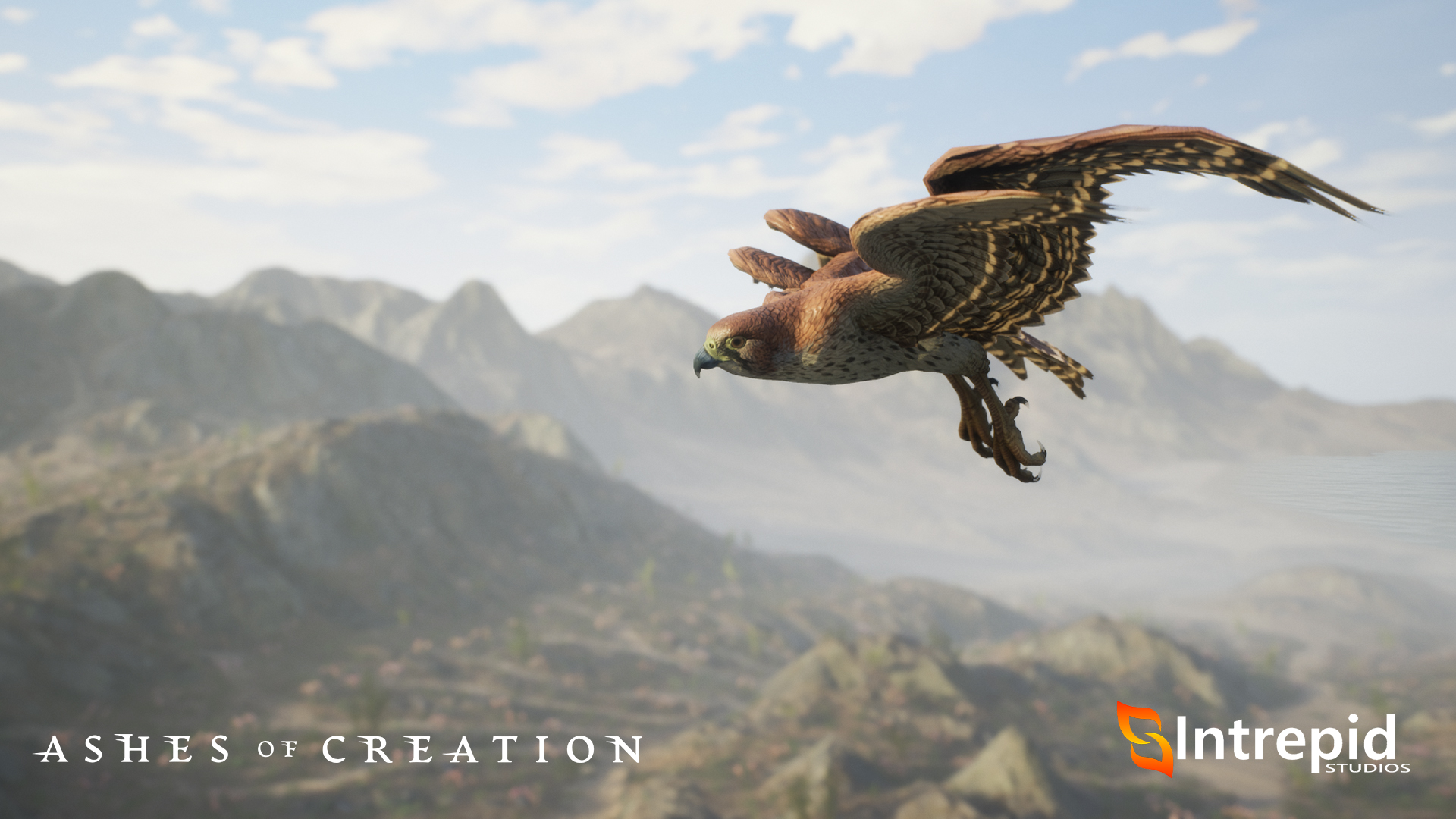 How the Vaelune originally came upon the Dunewing is a treasured story shared with wonder around the evening fire. A Vaelune caravan trekking through the desert was set upon by bandits. The travelers managed to slay their assailants, and though they had almost made their way through the sandy paths, the caravan had no choice but to abandon the majority of its goods in order to prioritize saving the wounded. They would simply have to return for the shipment after reaching their destination. 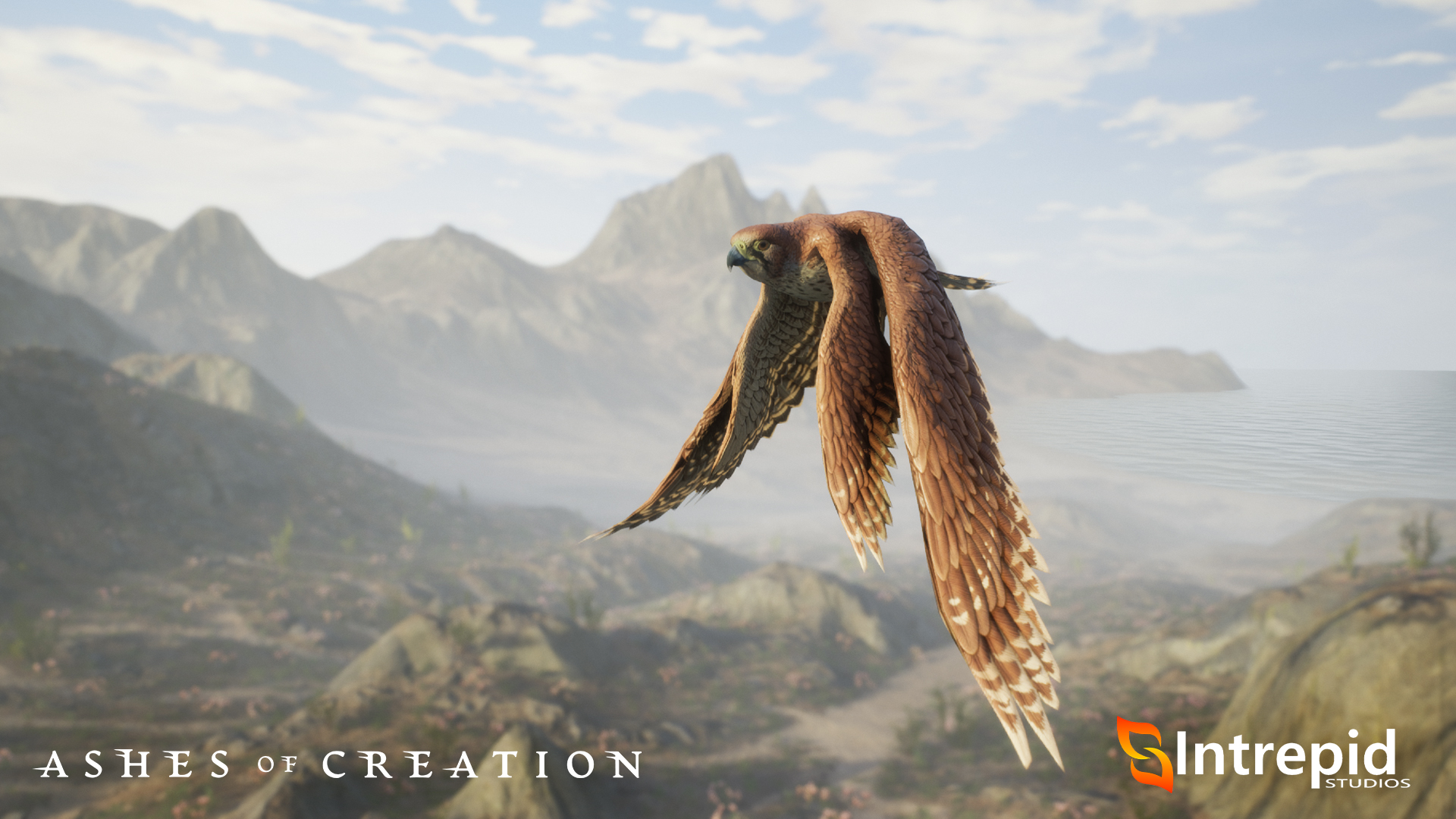 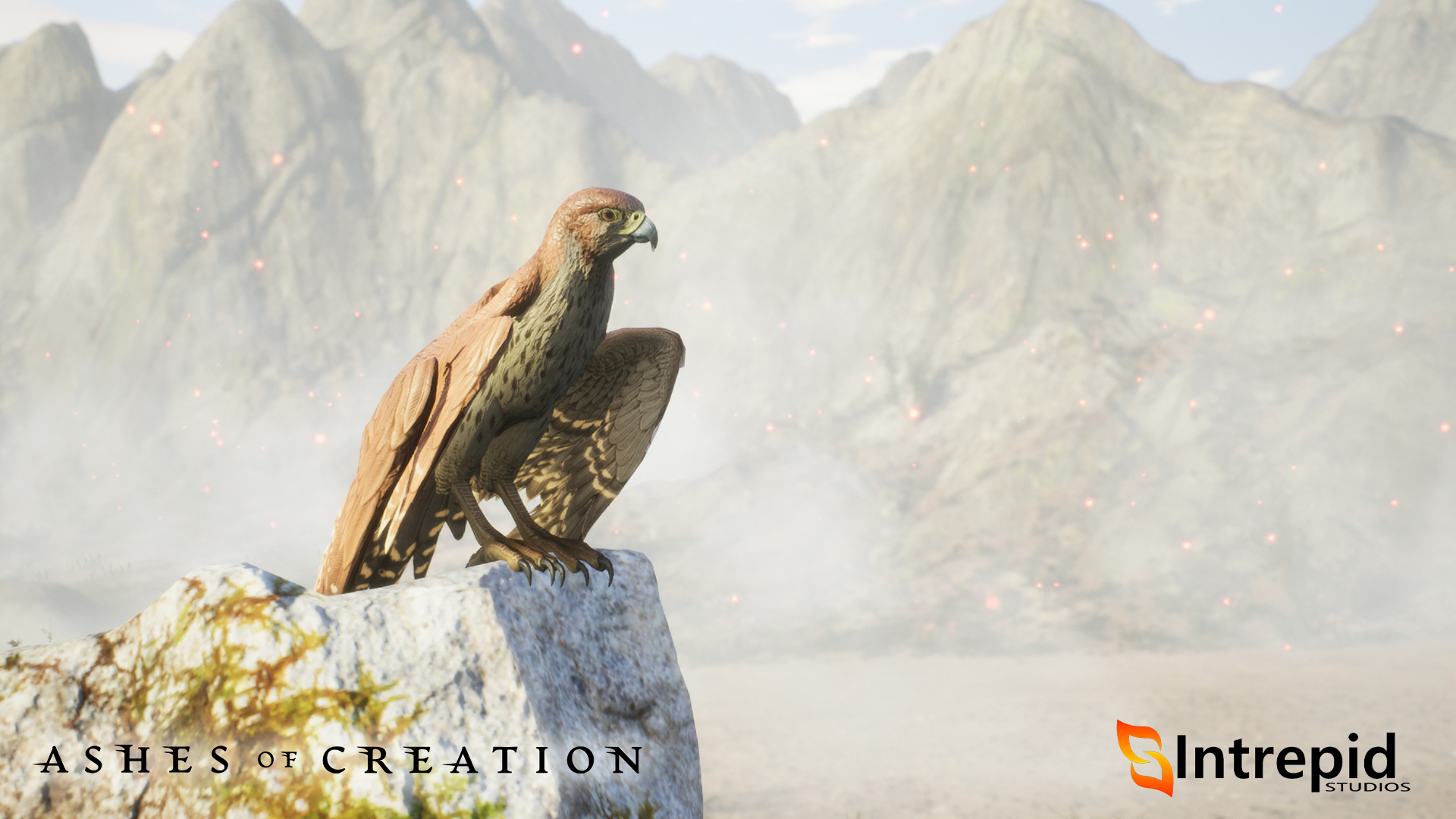 Days later, the merchants returned to the caravan with a heavy complement of bodyguards. The goods were a little worn from the rasping winds, but otherwise untouched - except there seemed to be a clattering coming from within the caravan. Fearing the worst, the caravan was quickly surrounded. The protective tarp was slowly pushed aside, and the Vaelune captain soon found himself staring down a rather large bird of prey, rummaging through the goods with its beak and talons. Part of the shipment contained some salted meat, and it seemed the aroma was strong enough to gain this creature’s attention. 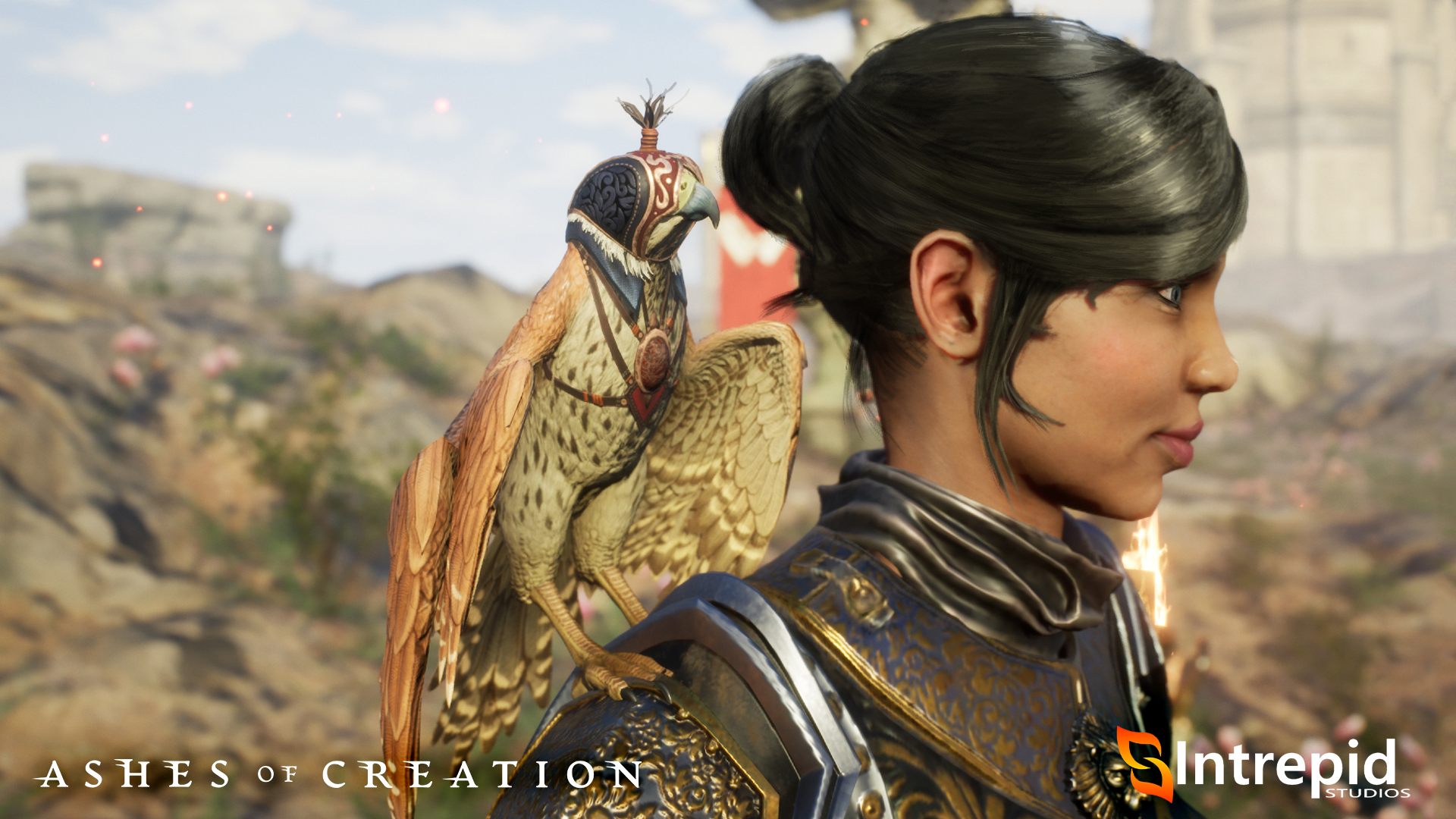 Many Vaelune have experience in hunting, but very few of the beasts they currently employed were acclimated to the harshness of the desert. Seeing this as a rare opportunity, the captain took it upon himself to try and gain the creature’s trust with some of the food in his pack. The falcon looked at the food, then shifted its unflinching gaze to the captain. It stared for quite a while, as if to take full measure of the man that stood before him. Then, the falcon steadily stepped forward and accepted the humble offering. Reassured, the captain and his men returned to the encampment with their new ally in tow. 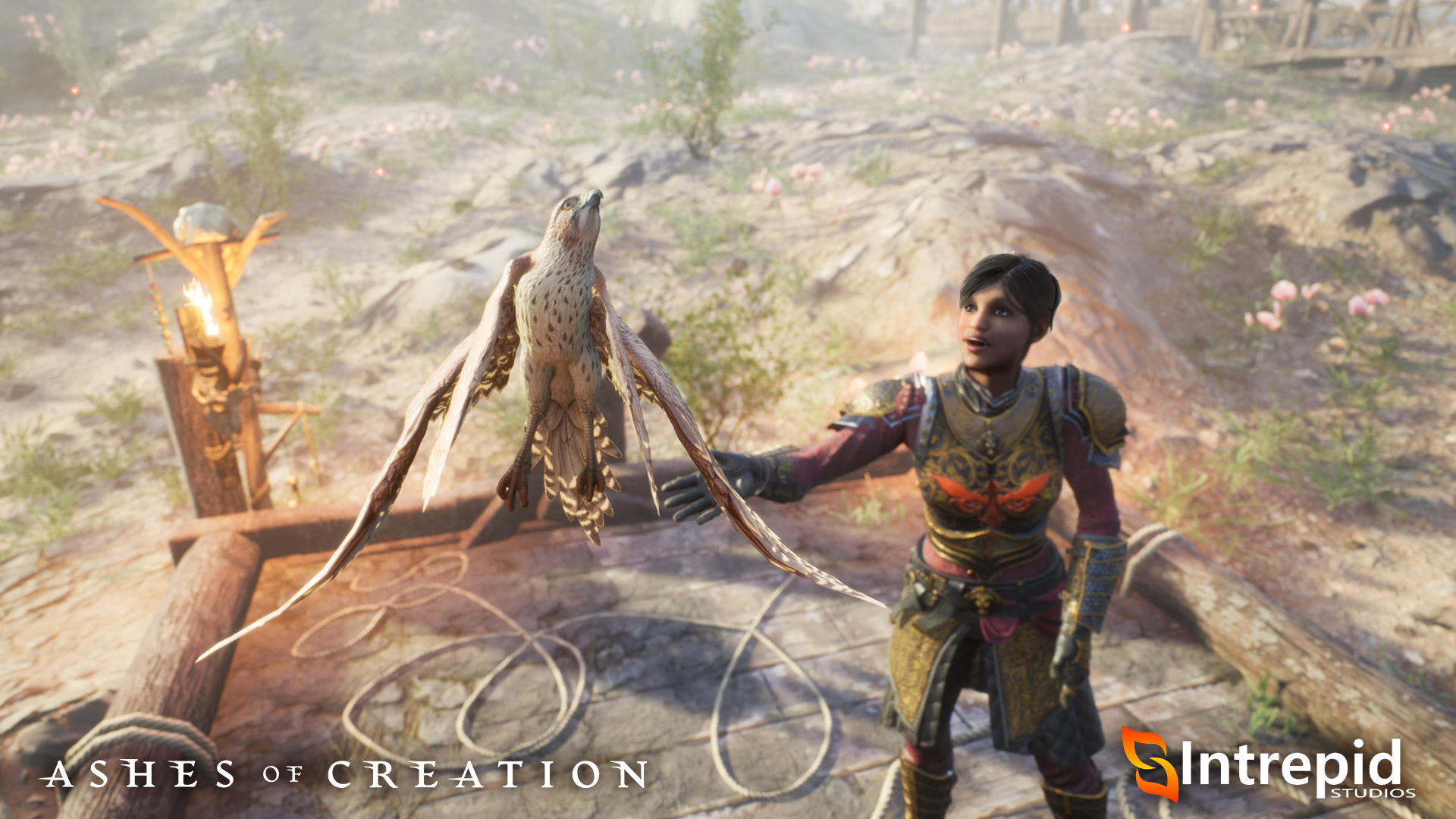 Since then, Vaelune hunters have cultivated these aerial stalkers, allowing them to more adeptly travel through the Verran deserts. In addition to their speed and ferocity, the Dunewing can be used to scout the surrounding shifting sands - trained to circle overhead if there are any possible threats, thus granting the Vaelune a far higher measure of awareness. Undeniably versatile, few creatures have risen in popularity quite as quickly as the Dunewing Falcon.