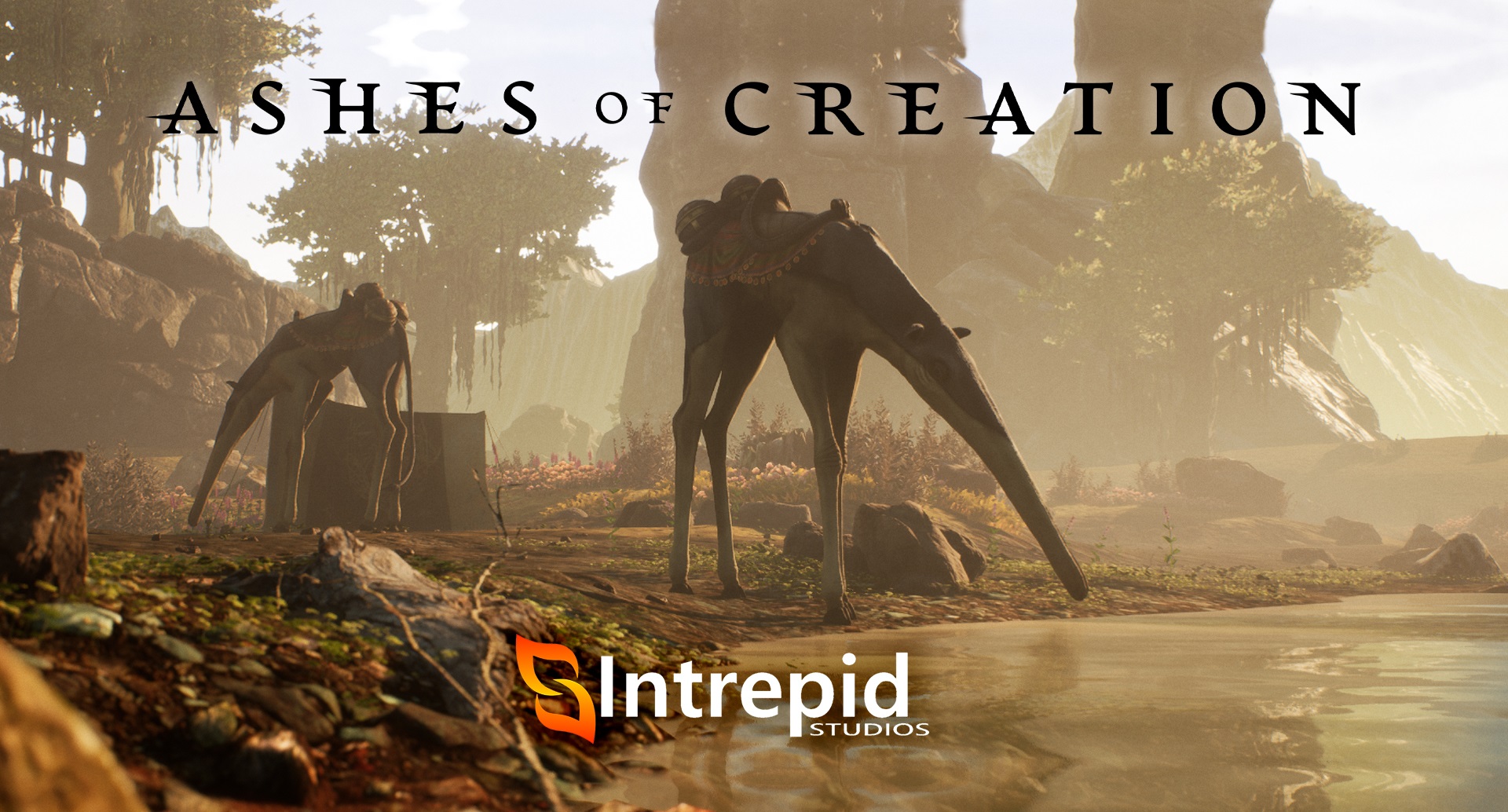 The treacherous nature of Verra's sprawling lands is apparent to any who venture its terrain. The forests, jungles, and mountains teem with all manner of hazardous obstacles - living and inanimate. Horses are often unsuitable for some types of terrain. Luckily, animals endemic to these environments have proven tameable. 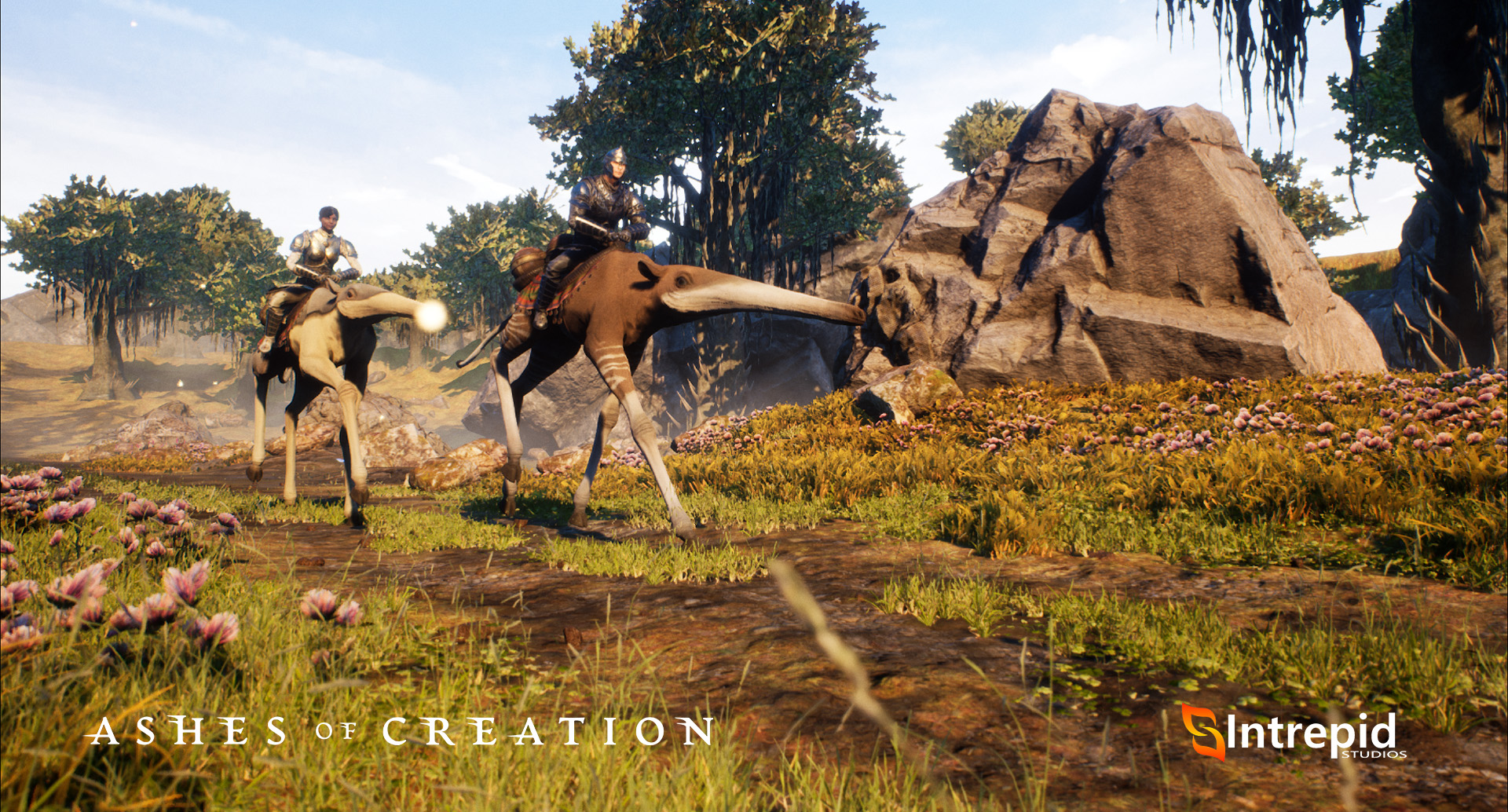 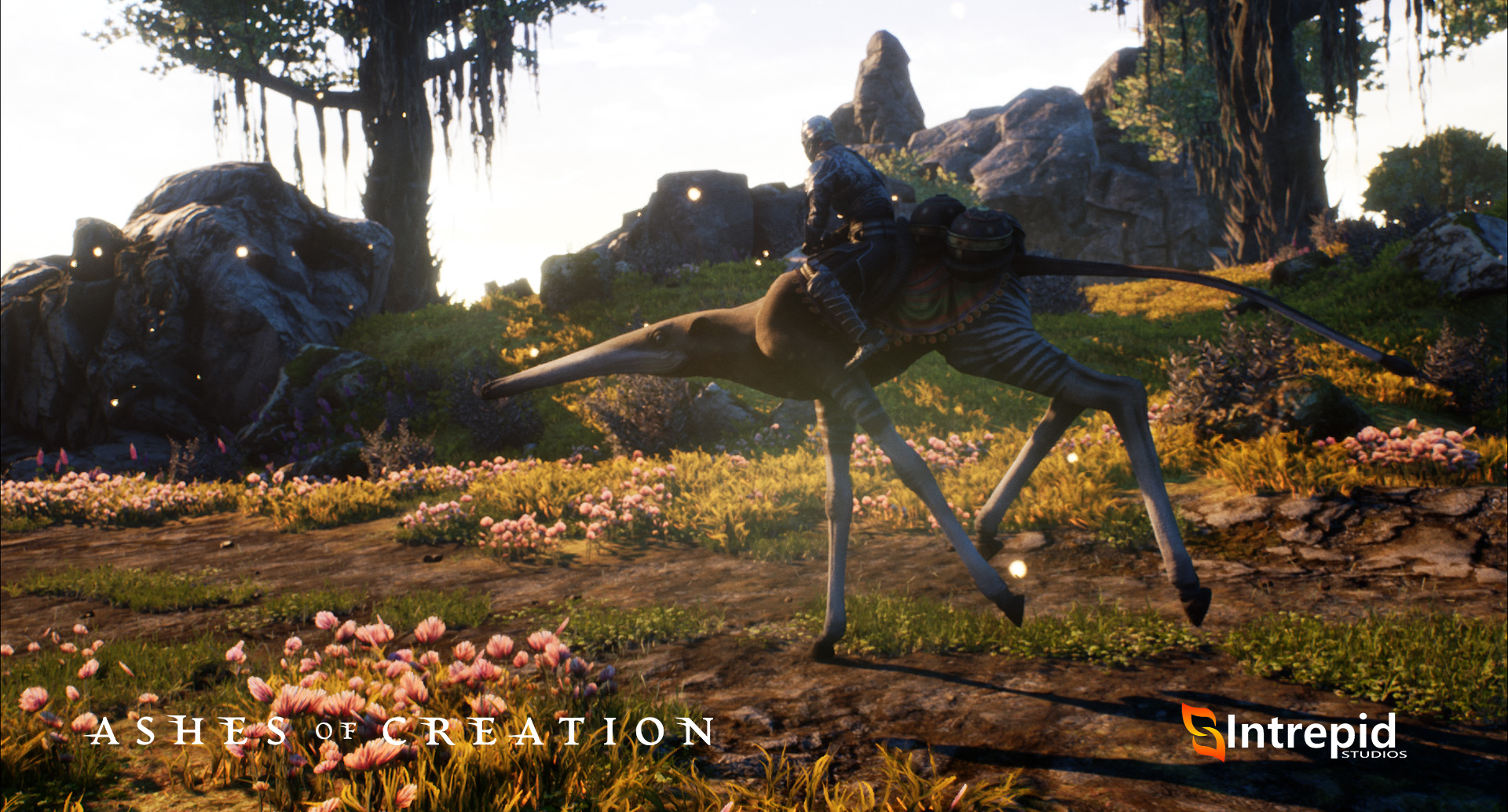 A Kaelar mining expedition surveying the nearby mountains for minerals came upon a strange sight during their travels. Initially, the crew thought they had discovered some strange manner of towering horse, only to recoil when the creature reared its equally lengthsome face. Even a number of men from their security team, some seasoned soldiers, could only stop and marvel at the limber-legged quadruped. Though wary at first, the expedition's presence went almost wholly ignored by the creature - concentrating its efforts, meandering, and using its protruding snout to excavate the higher reaches of the craggy wall for any stray insects. The crew observed the lithe movements of the beast, noting that despite the highly uneven ground, it remained remarkably stable. While the rest of the expedition pressed further on to complete their survey mission, a few of the miners remained, hoping there might be a reasonable chance of coercing or capturing the creature to bring back for research. 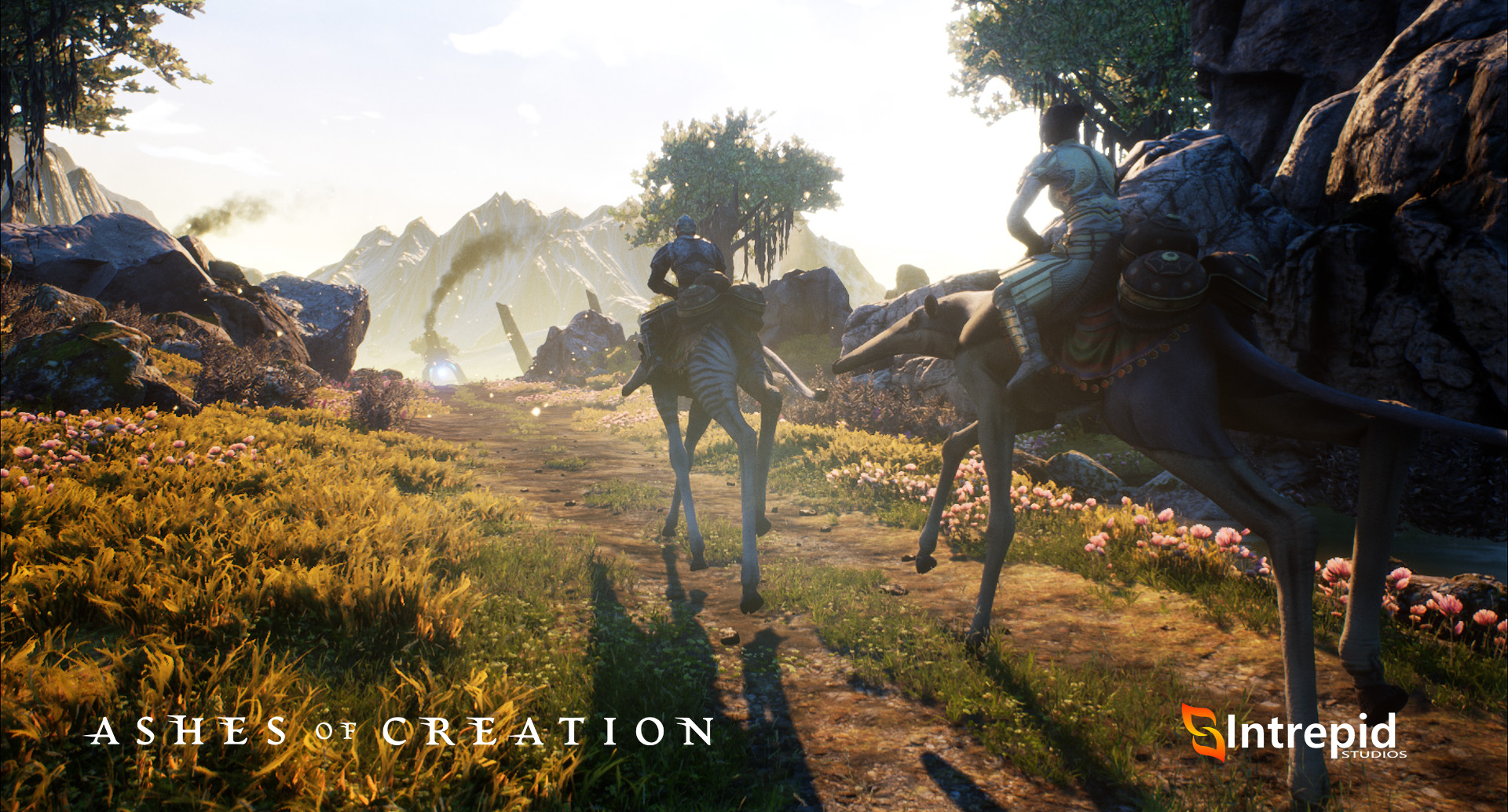 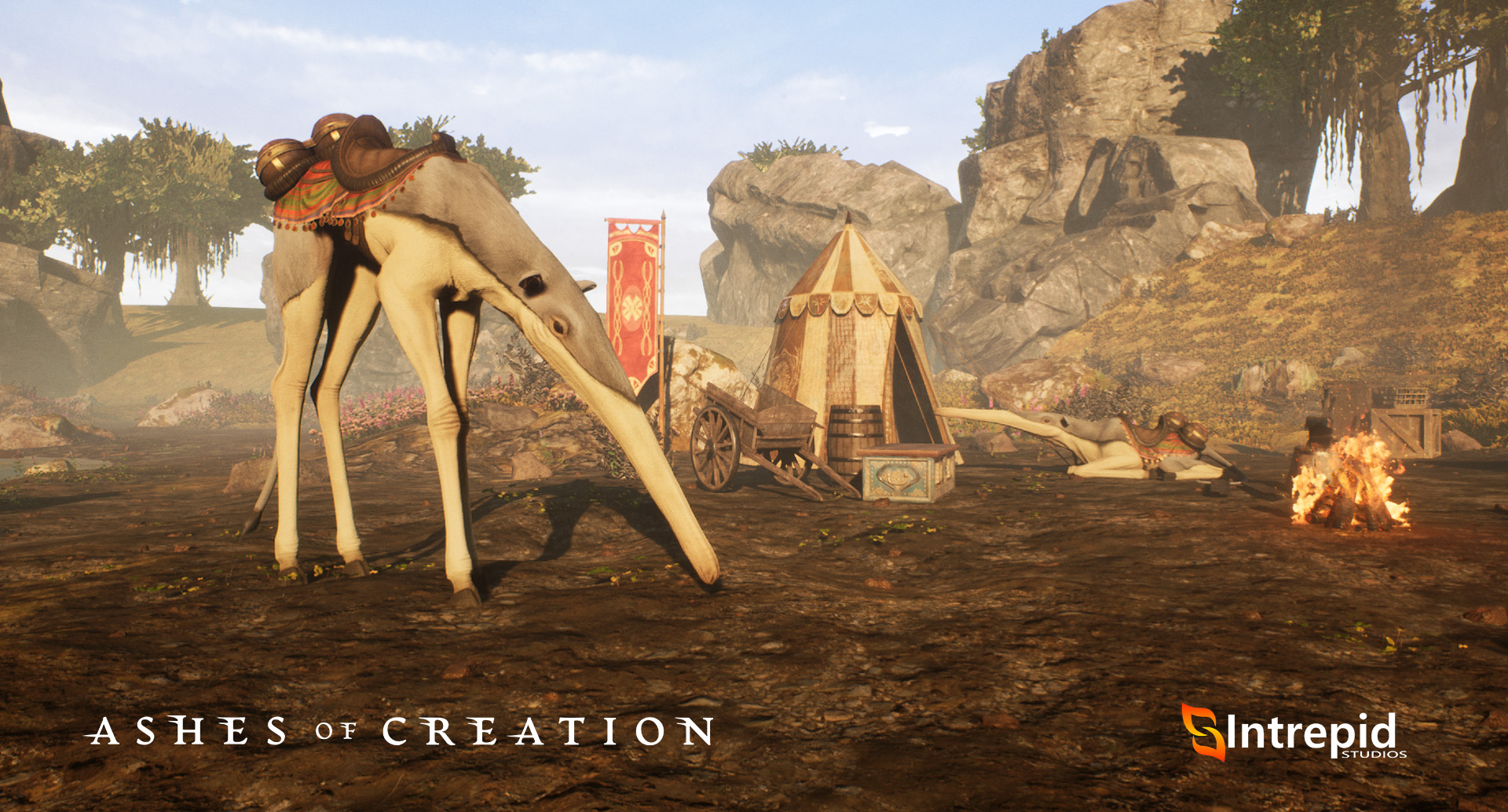 Taking their tools, the workers began to carve into the earthen ridge, and soon enough found a plethora of insects scurrying about in the open air. They then shoveled a particularly insect-rich clump of dirt, depositing it into a spare bag. Next, a hole about half a man deep was dug into the ground in preparation. Waving the tantalizing bag of bugs proved effective in getting the beast’s attention, and depositing the bag into the hole urged the creature to lay down to reach it. Climbing atop the animal, though initially unnerving, ultimately proved possible. Any person with a great fear of heights would certainly have balked at the encounter, but they nonetheless persevered. 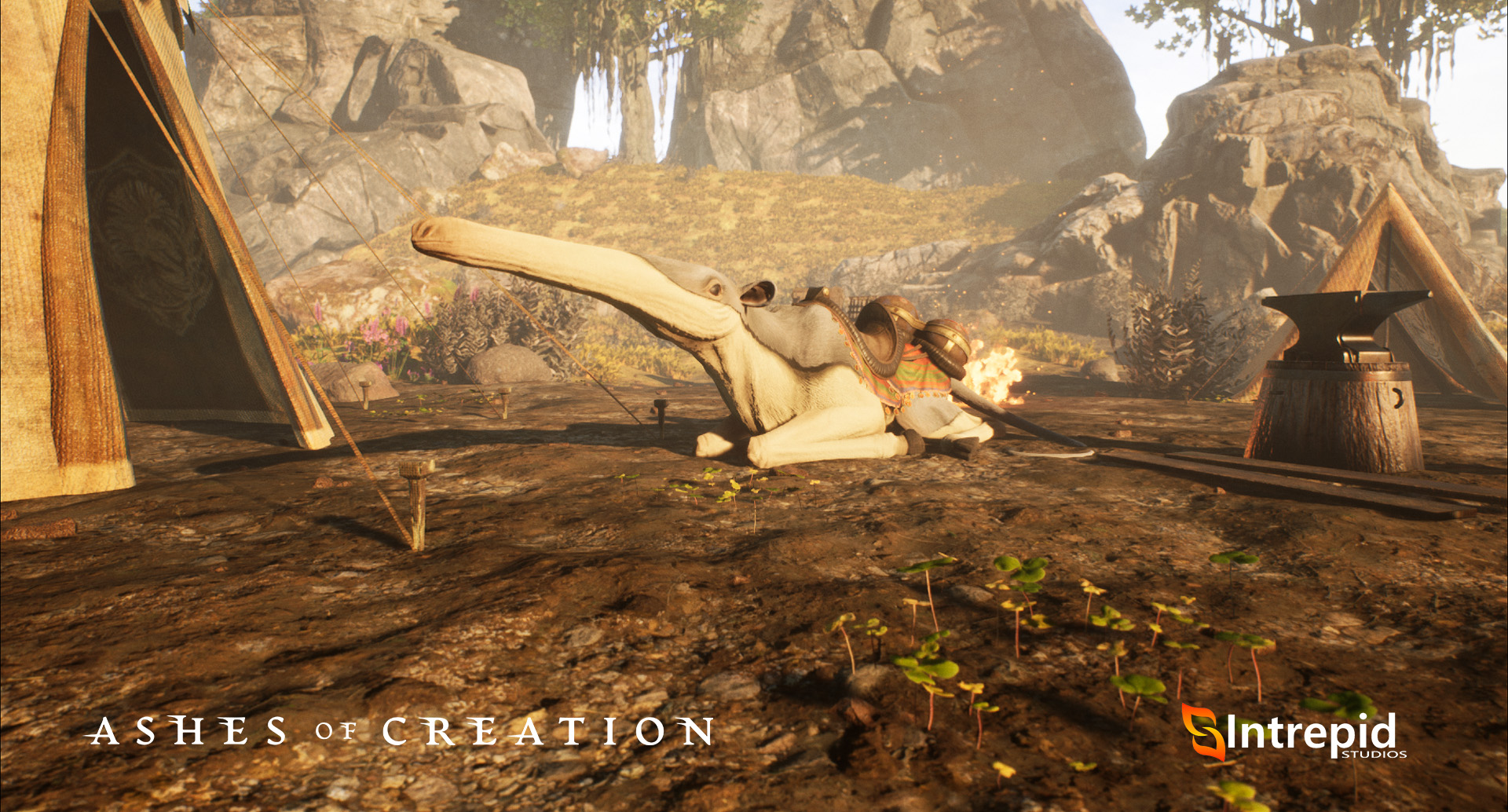 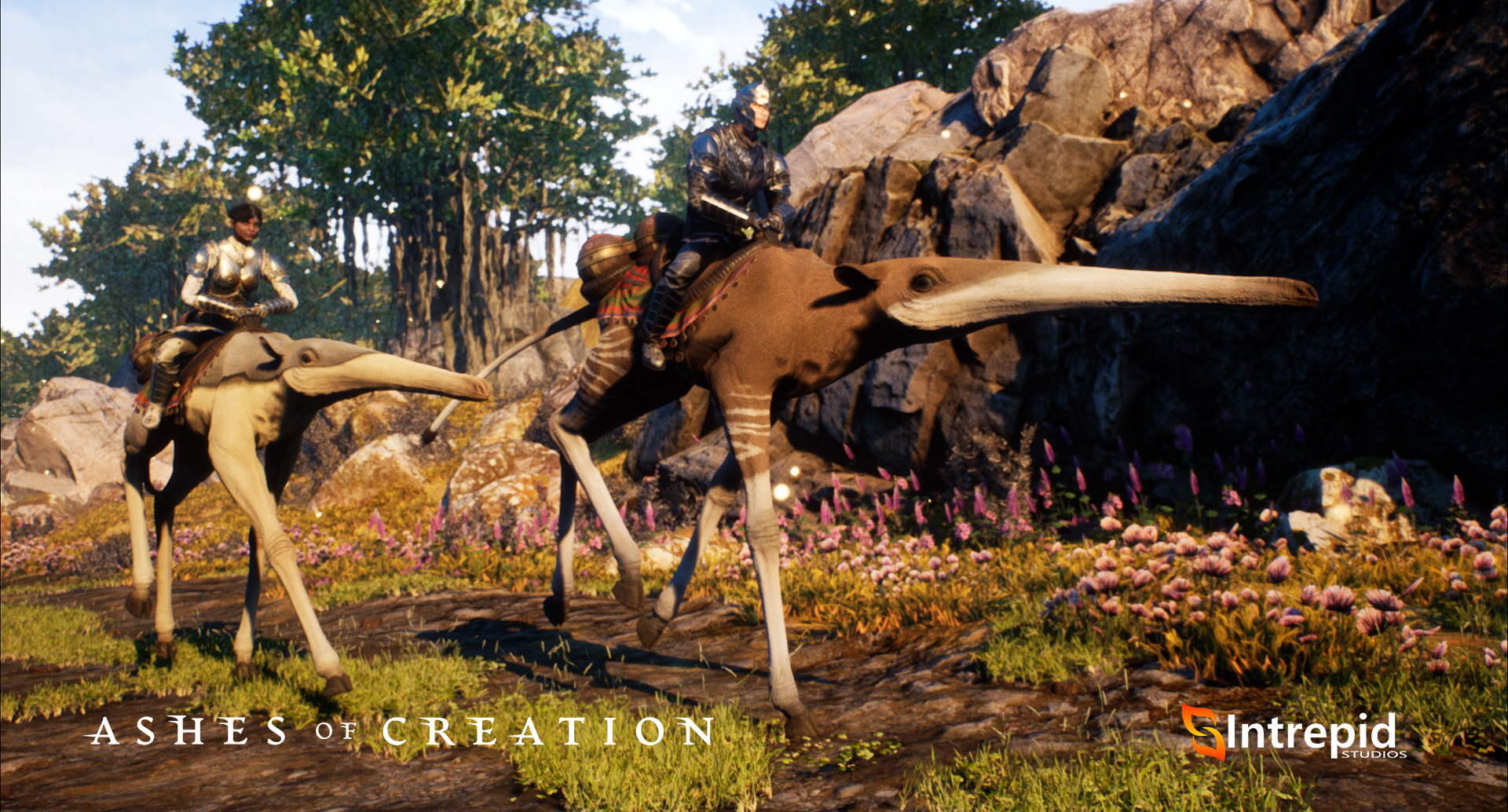 The bulk of the mining expedition returned from their initial surveys only to hear the laughter of their comrades with a man sitting joyfully atop the beast. After very carefully dismounting, they agreed to test its load-bearing capabilities. Getting the animal low enough with their previous technique, they placed enough gear that would have strained a horse, but upon rising, it showed no sign of struggling. With patience, and a dozen fistfuls of insects, the expedition made it back to their encampment with the creature in tow. The Daystrider, so named for its form practically reaching into the bright blue sky, proved to be a gentle yet capable partner for many a traveler. It is surprisingly fast when spurred into activity, though usually this involves copious amounts of food.