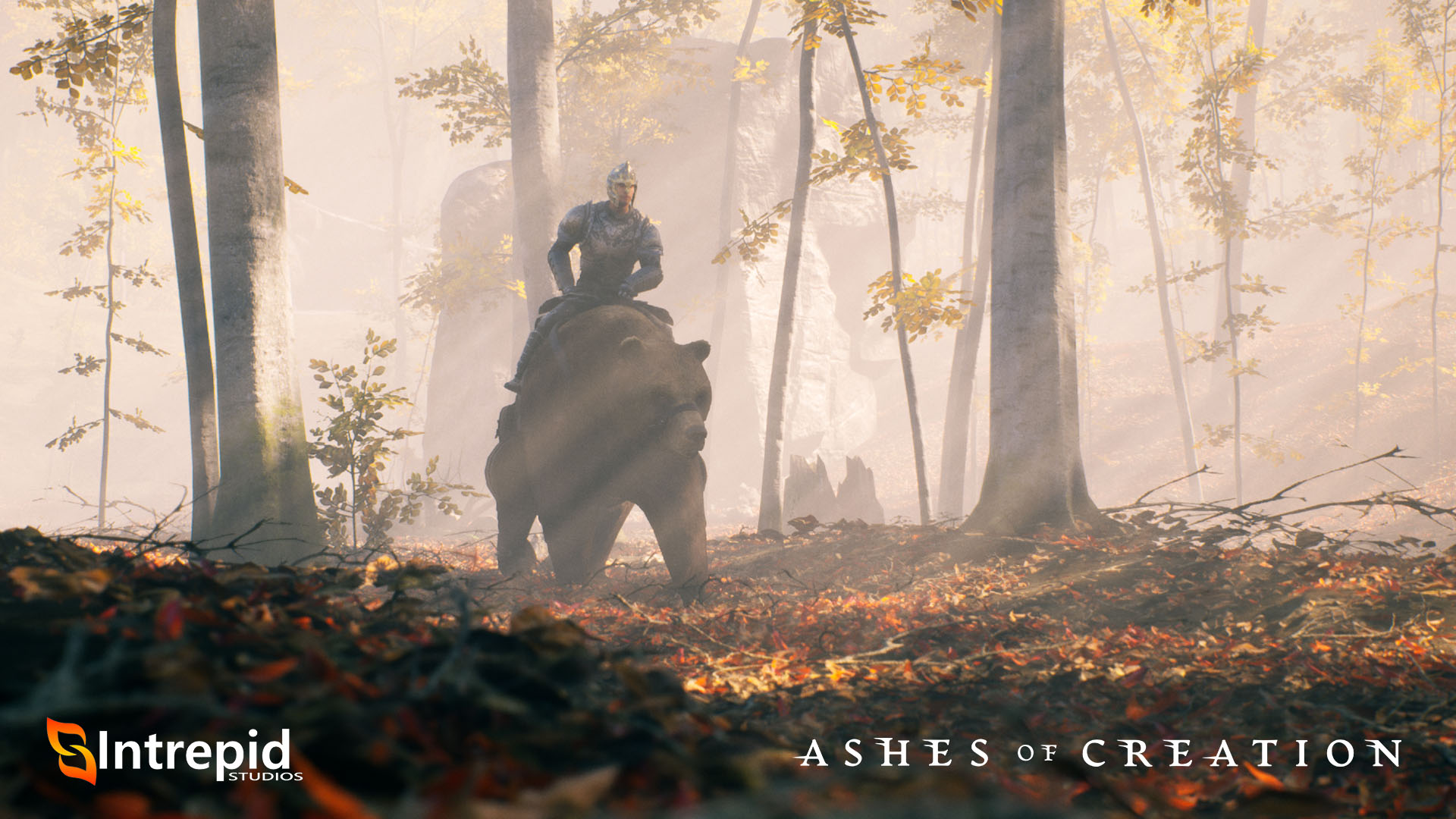 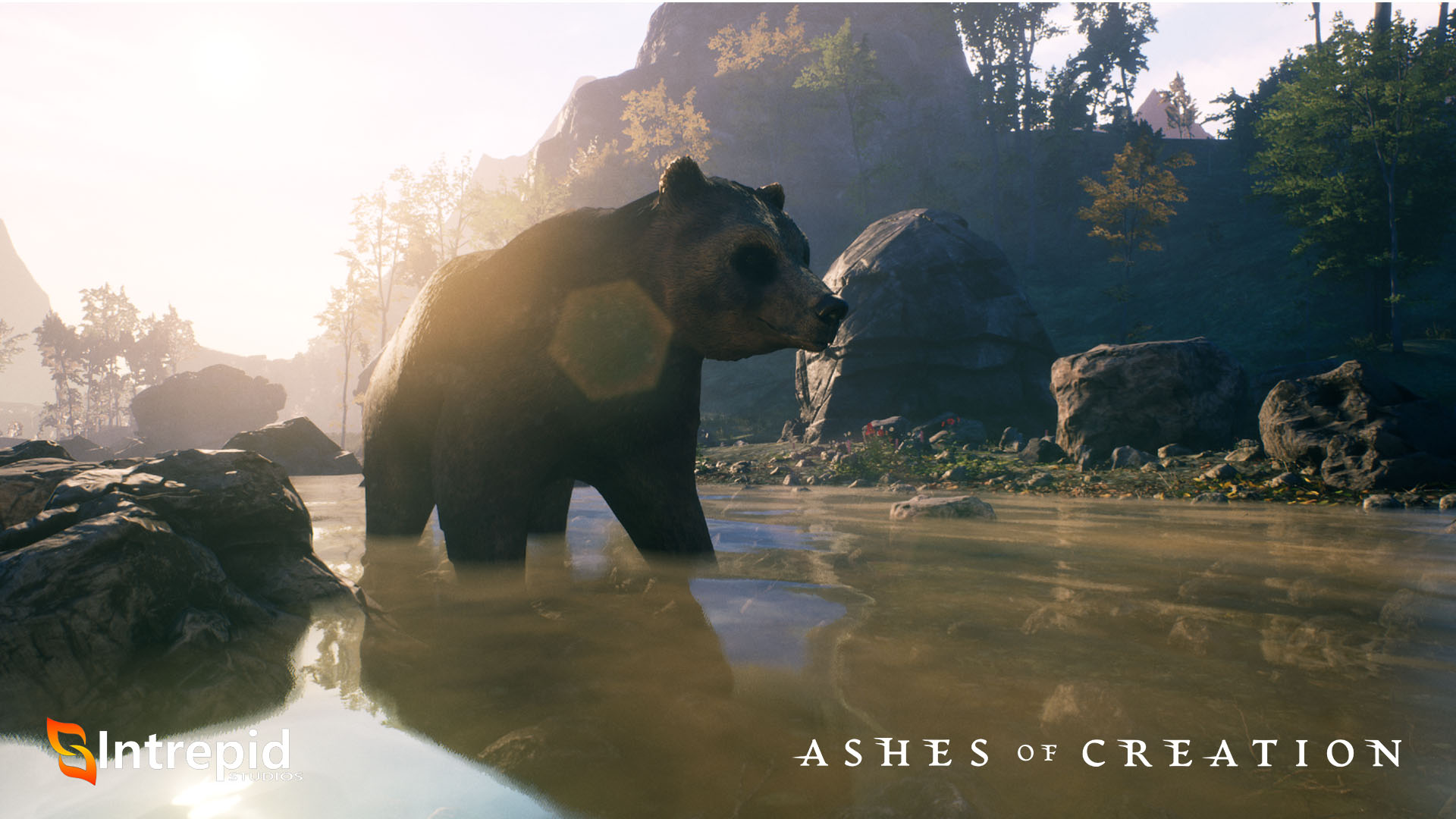 Inns and taverns dot the rural lands of Verra, and serve as crucial waypoints between destinations. However, one tavern has a unique patron that not many would expect. A man by the name of Fent is the owner of the quaint establishment, and upon entering, patrons may notice a large furry mass in the corner. Closer inspection reveals it to be no less than a fully grown bear, complete with his own bear sized flagon of mead. Fent and the beast harbor a strong kinship, and on a particularly raucous night, the two will even have a good wrestle on the tavern floor. Many have pressed Fent for the tale of his unlikely companion, and although it is one he is willing to tell, there's always a solemn gleam in his eyes when he tells it. 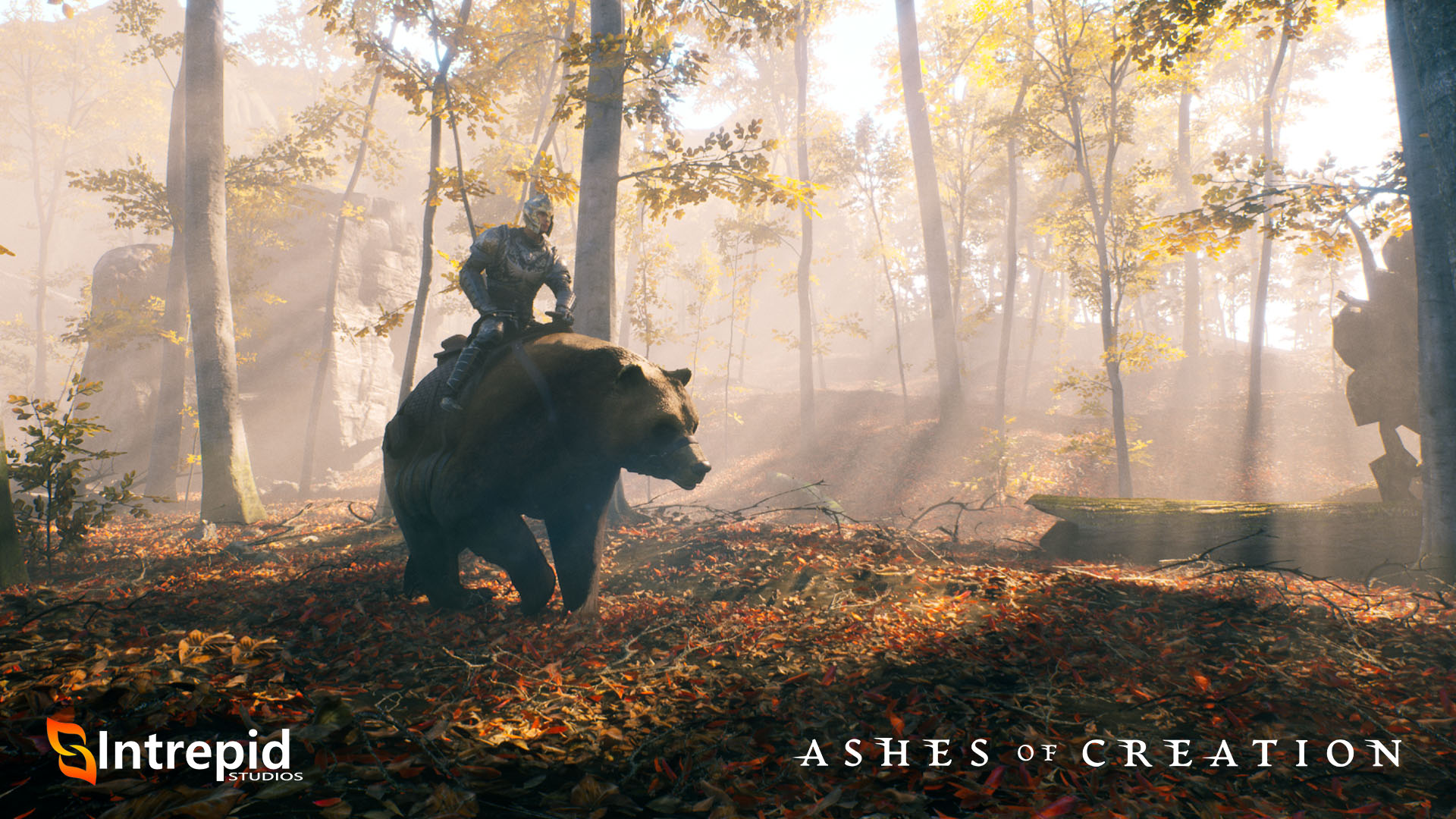 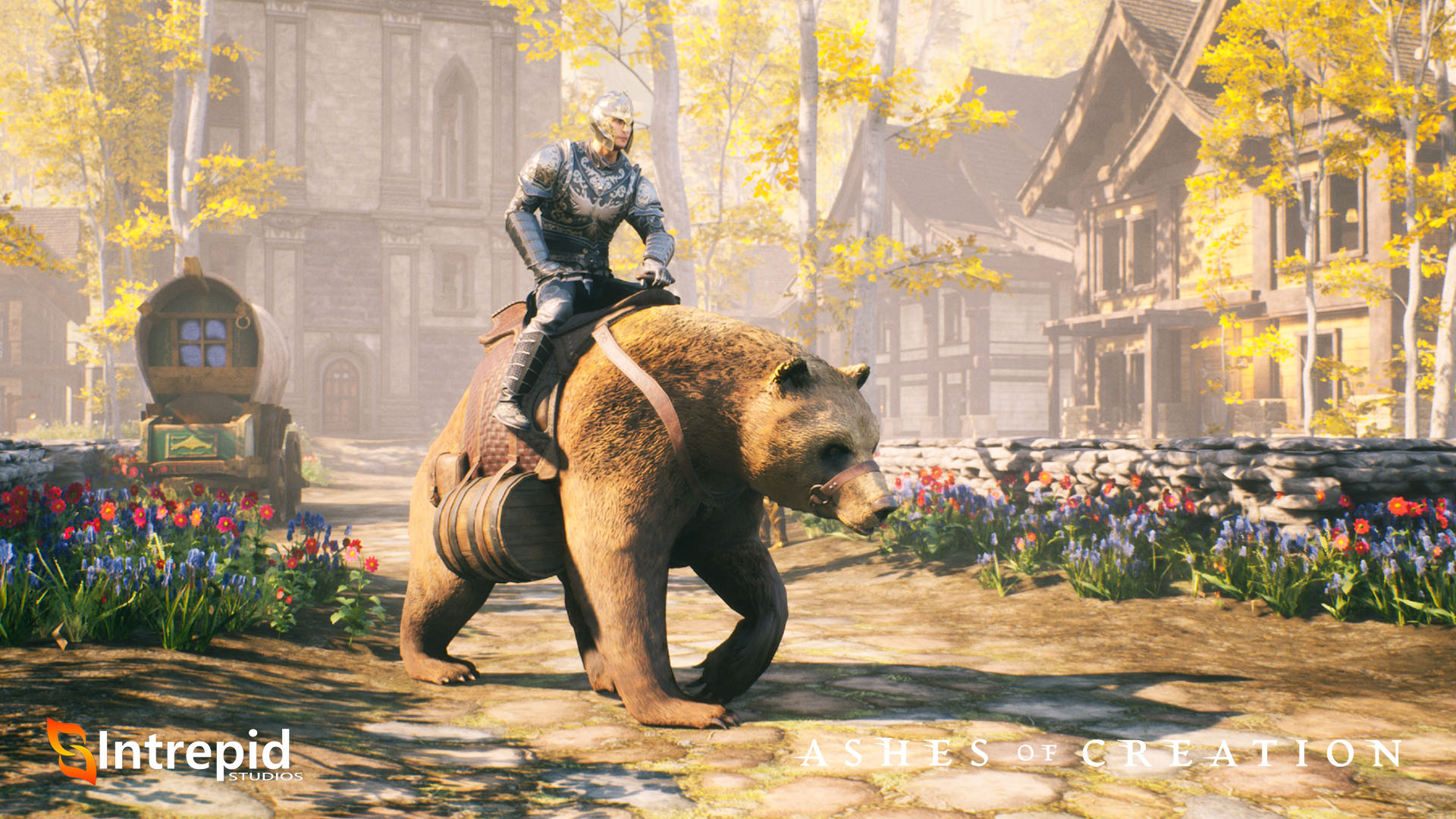 Years ago, when Fent was still a young hunter, he was out during a particularly harsh blizzard. Every tree in the forest looked like the others, but as luck would have it, he stumbled upon a cave. Fent managed to get a fire going and intended to stay until the torrent outside ceased. While waiting, he fell asleep, but was startled awake when he heard something slowly creeping through the cave towards him. He quickly bounded up from the floor. A bear from deep within the cavern had wandered close to the entrance, and despite his fear, Fent slowly began to reach for his knife. The cave reverberated with the bear's roar as it charged. It knocked Fent down, but not before he managed to jam the blade deep into its neck. Fent kept blindly stabbing even as he was being mauled, kicking and gnashing against the beast. The bear struggled, then finally stopped. Fent laid there for what seemed like forever, straining to catch his breath. Eventually, he gathered to his feet with a wince. Amidst his senses, he began to hear a faint whimpering. A wayward cub had wandered its way to the grim scene. It mewled after its mother, yet there was no reply. Guilt welled up in Fent's body, even as his body wracked with pain. Feeling responsible for this young cub, he placed it next to him alongside the fire, and tried to nurse his wounds as best he could. After visibility had improved, he took the cub onto his shoulder, and slowly made his way back to his home. 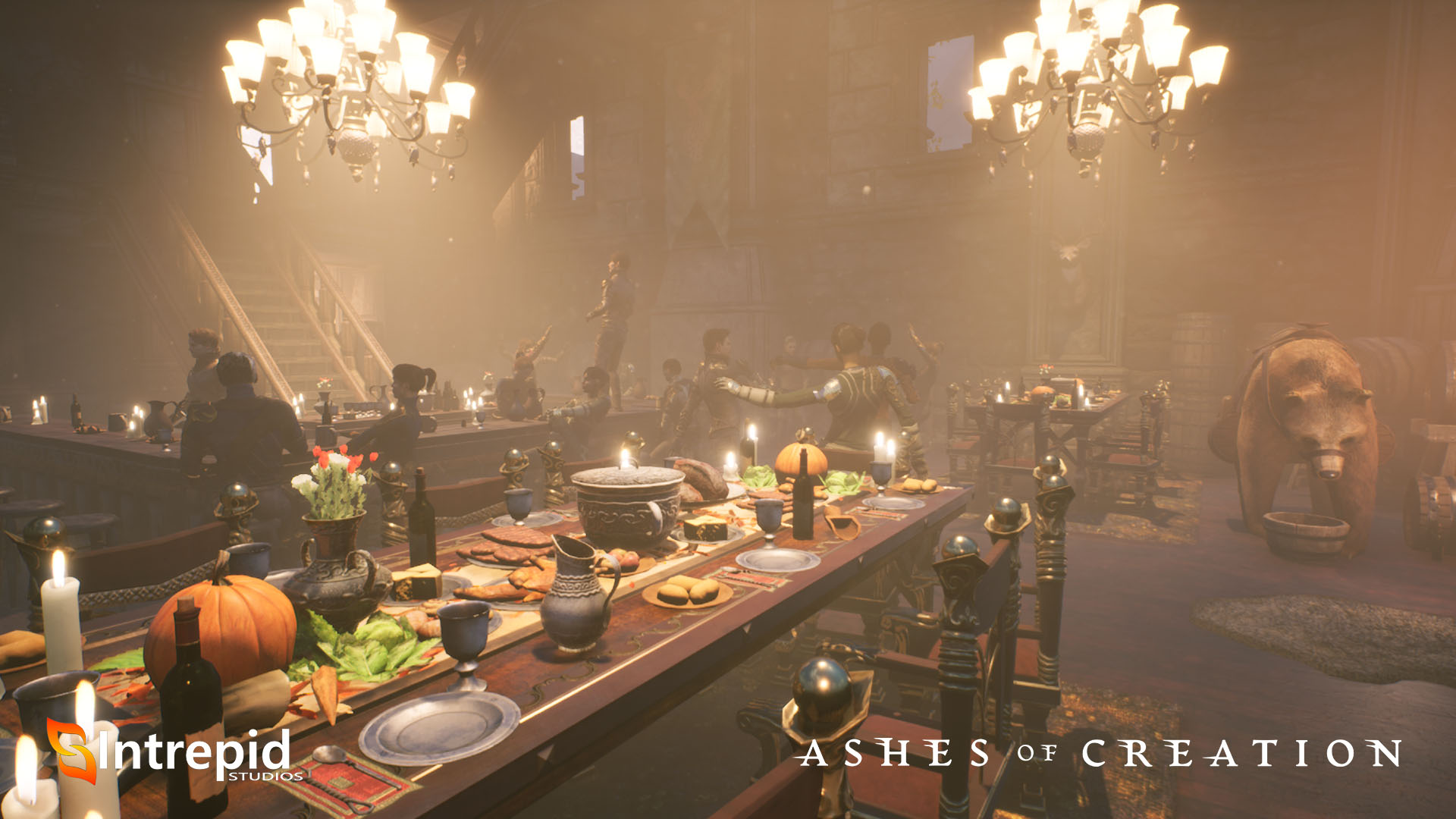 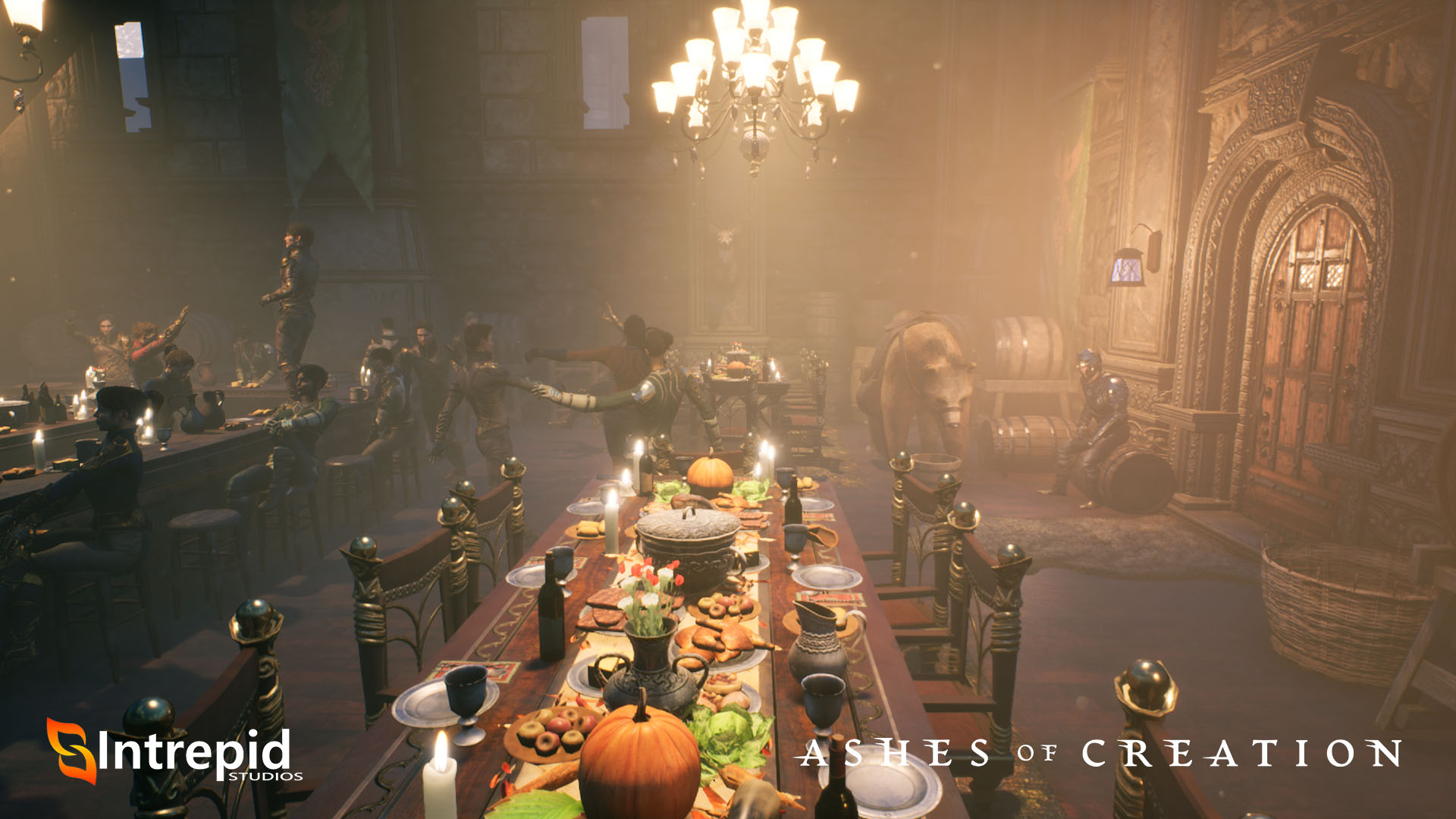 The cub proved to be troublesome to care for at first. He was almost always hungry, and Fent awoke several times in the middle of the night to the telltale clattering of the larder being raided. Fent deemed that the cub needed a dwelling of his own, and decided to place the beast within the shed. The cub would still mewl, despite the warmth of its new home. Although hunting, was Fent's primary vocation, he had a knack for brewing in his spare time. Fent decided to use some local honey as the base of his new brew. A concoction sure to quickly allow the bear to slip into the realm of sleep. After all, bears love honey. Months of experimentation had yielded a potent mead that, though quite a quantity was required, certainly put the bear out. Despite the circumstances, the bear looked to Fent as his caretaker, and the two began to trust each other. The beast had taken an unexpectedly great liking to Fent's mead, and in honor of his discovery, named his friend Mug. 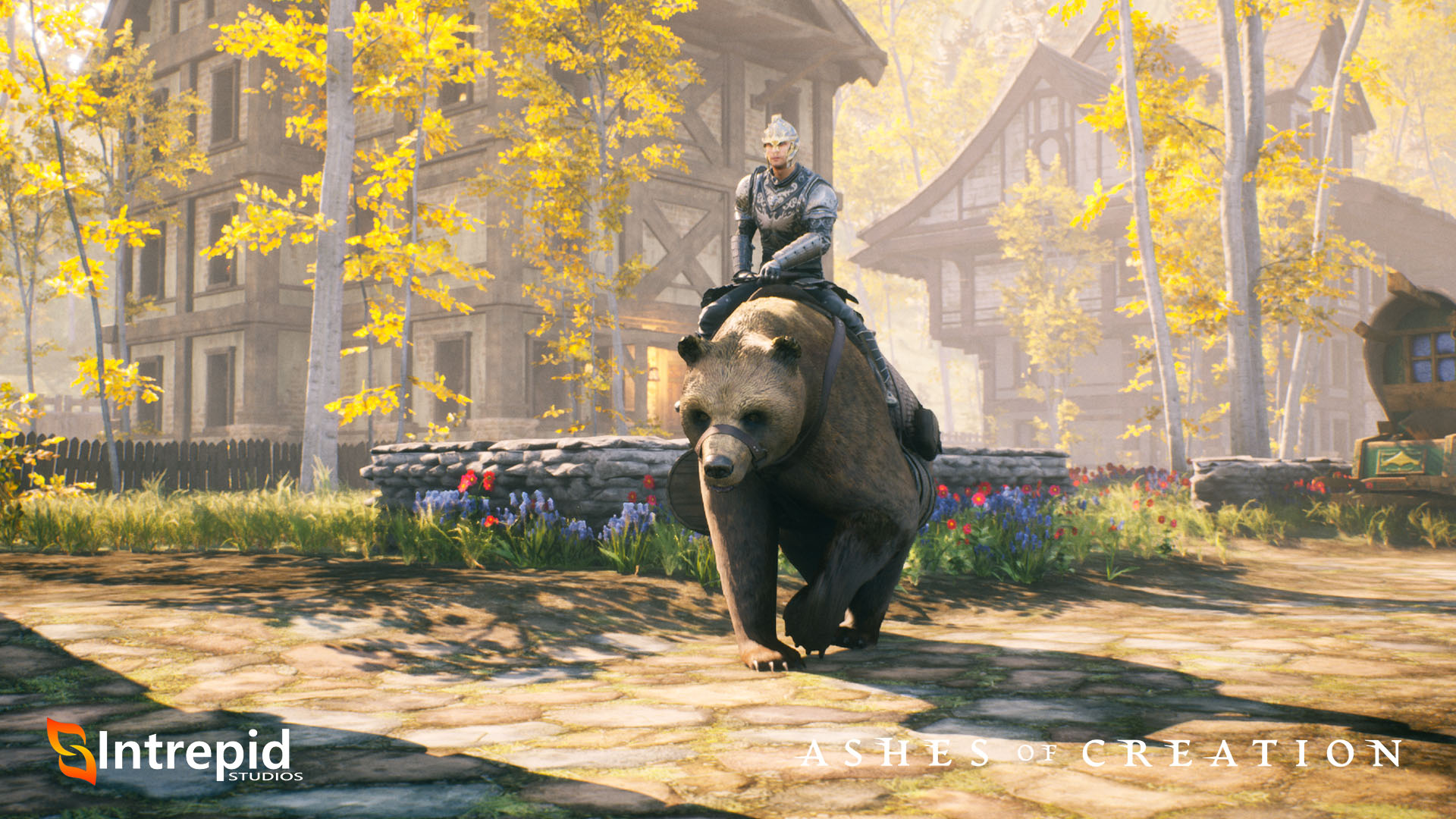 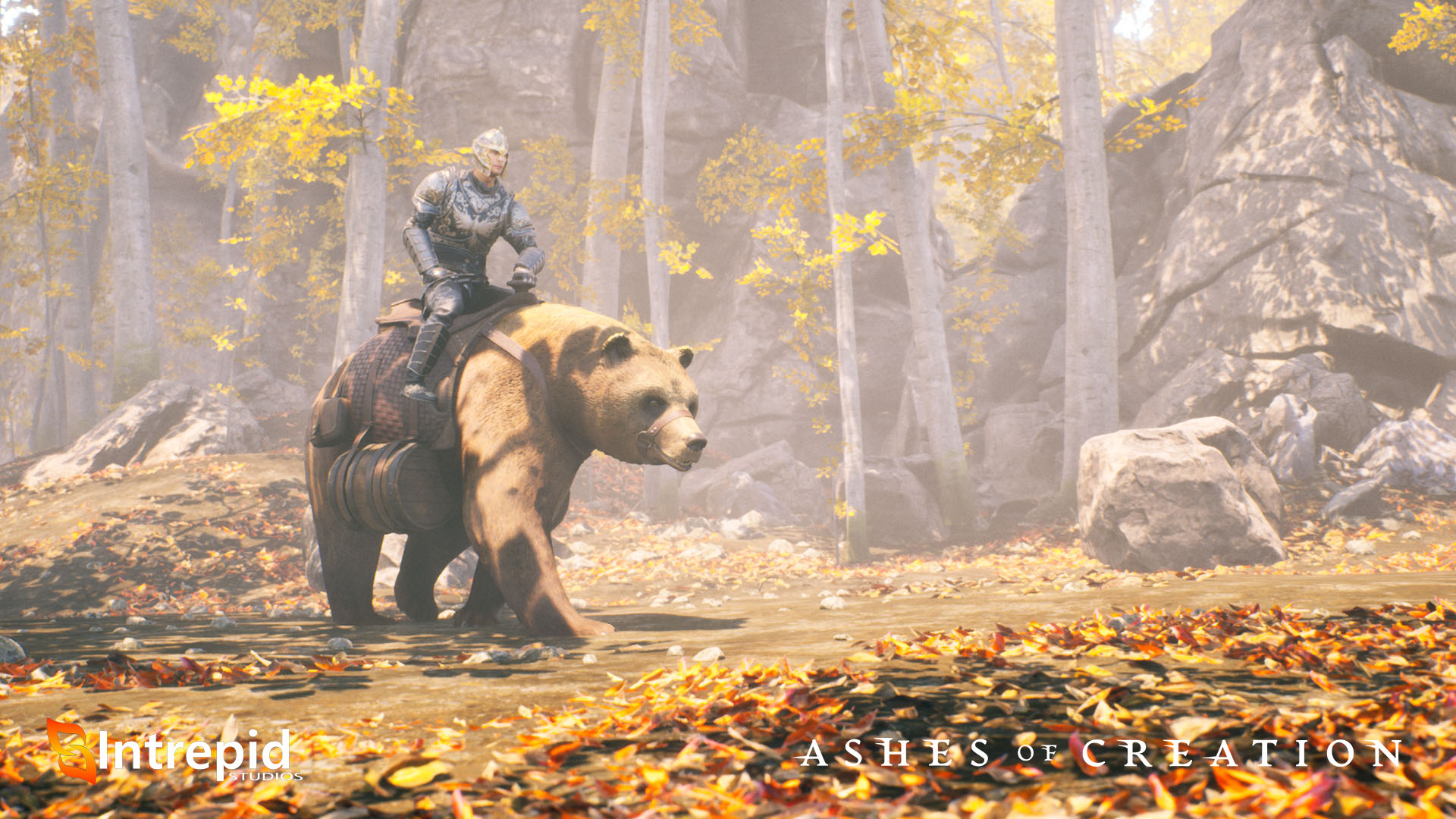 Years later, after deciding that brewing and running a tavern would be far safer than being a hunter, Fent opened his own. Mug is surprisingly capable in helping around the tavern, and after a hard days work, loves to relax on the floor with a large flagon of mead; usually alongside other equally relaxed floorborne patrons.