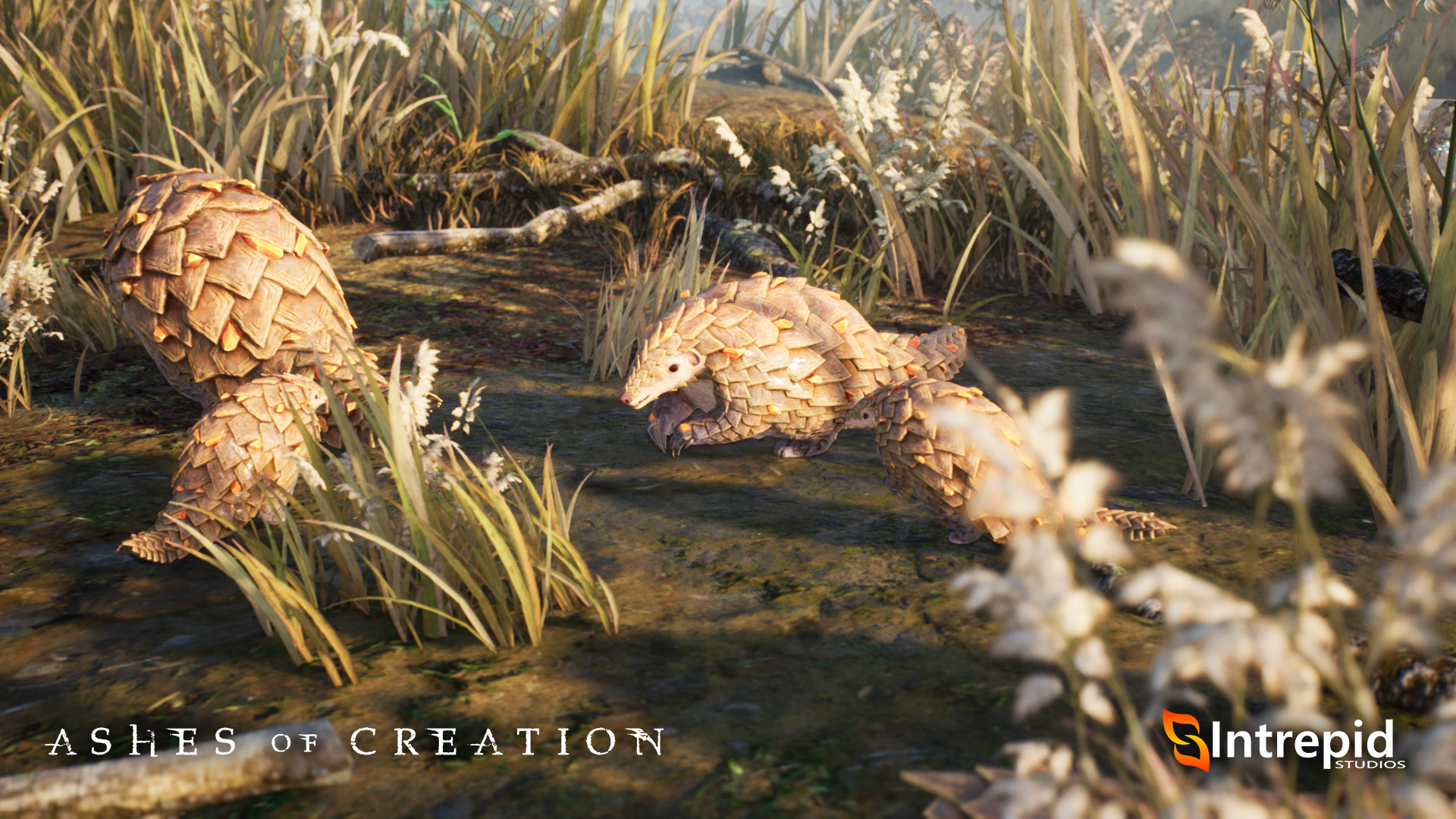 Entry from the Kaelar Bestiary:

Amidst the strange landscapes beyond the portal, there has proven to be no shortage of hostile wildlife, though fortunately a select few have defied this notion. Among them is a curiously docile creature clad in a veritable suit of stony armor. After observing its rampant propensity for excavation using its long claws, the researchers investigating it dubbed the creature a 'quarrior.' 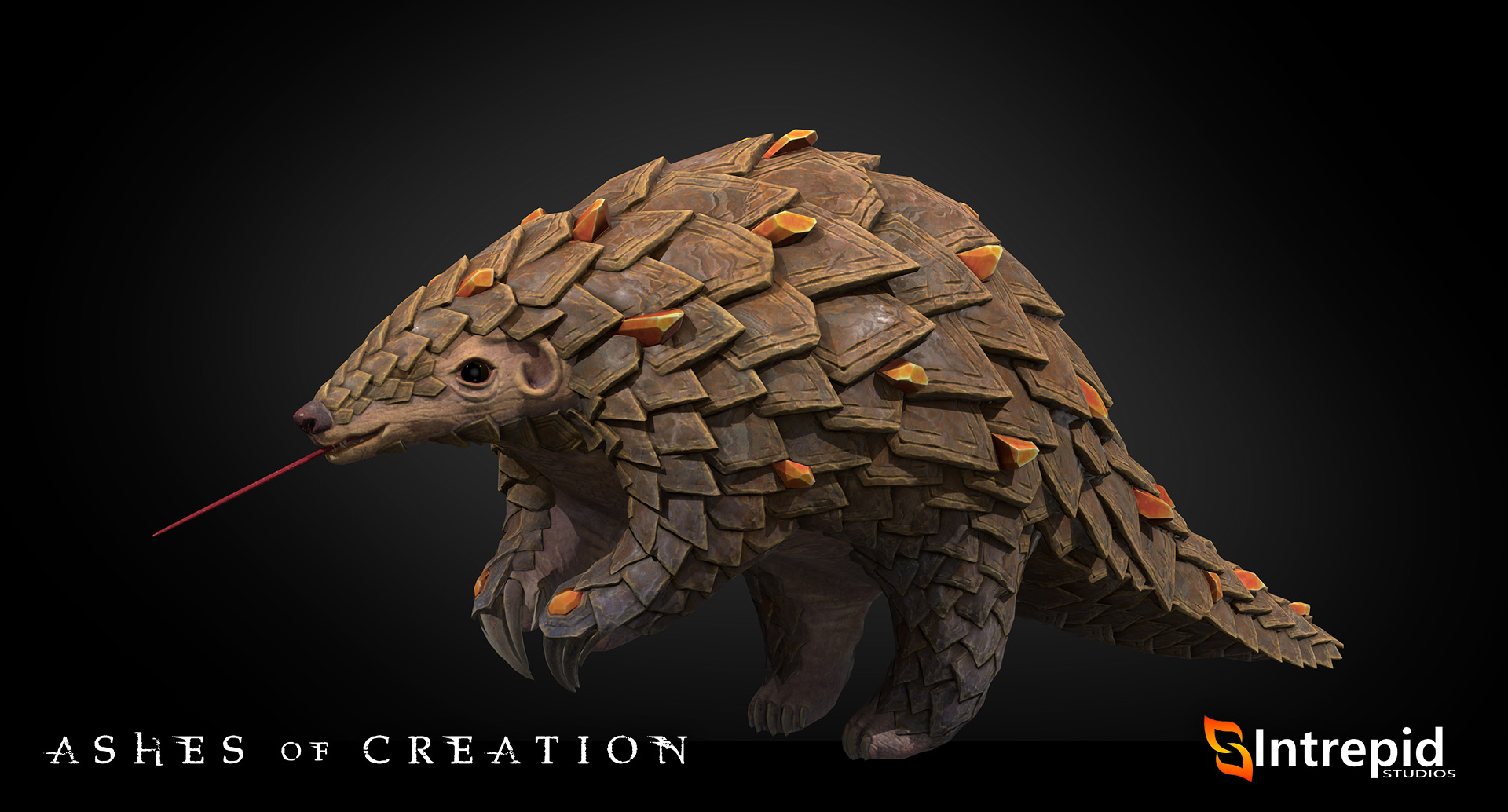 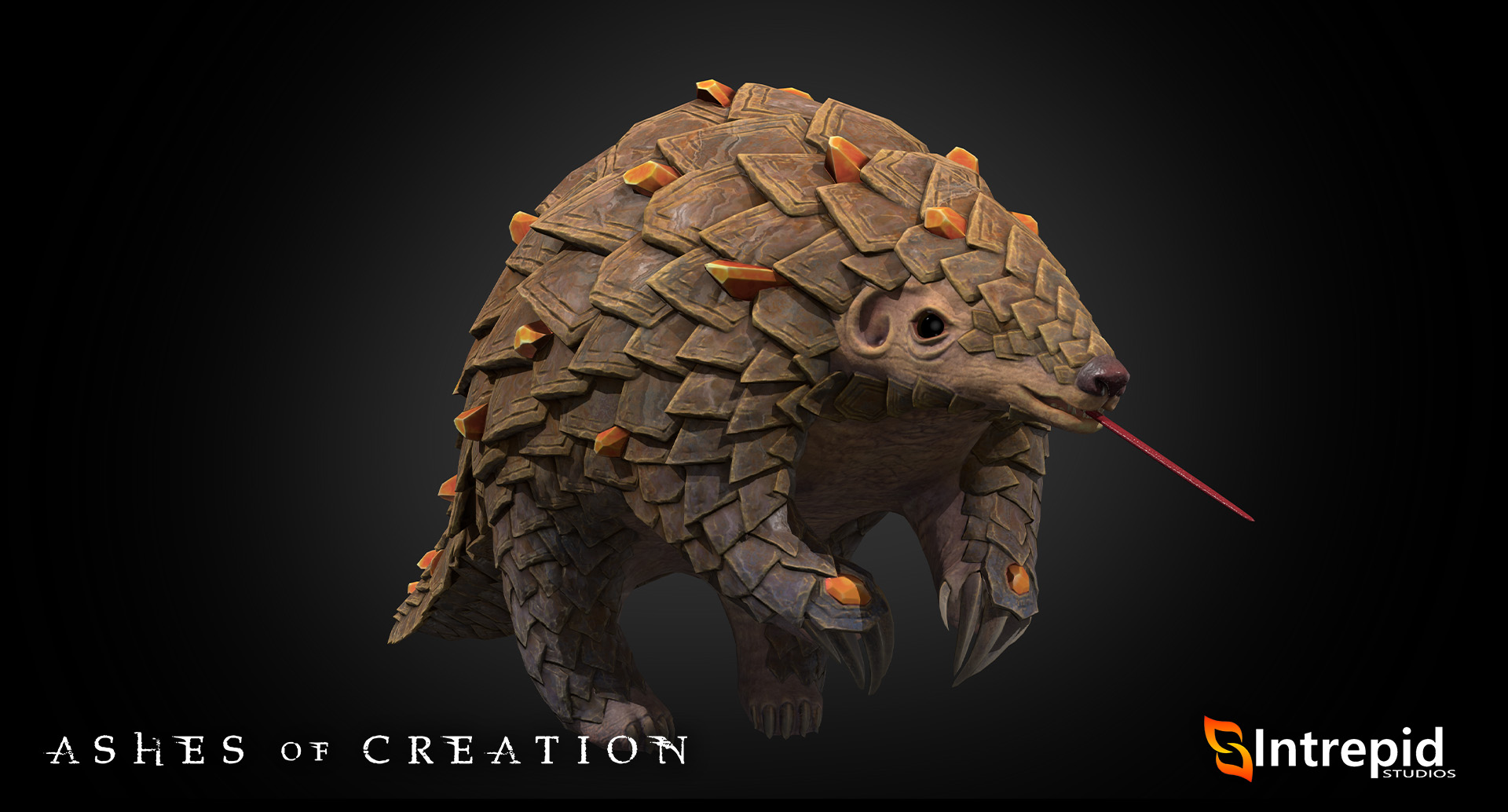 The creature's most notable features, however, are the myriad sparkling jewels that dot the surface of the quarrior's stone plates. This is said to be a natural byproduct of its diet, composed of a wide selection of geodes. Extraordinarily resilient teeth and a potent stomach acid serve to break down the minerals into a more amicable form of sustenance. Excess nutrients left unused by the body condense and form the bright jewels each quarrior possesses. 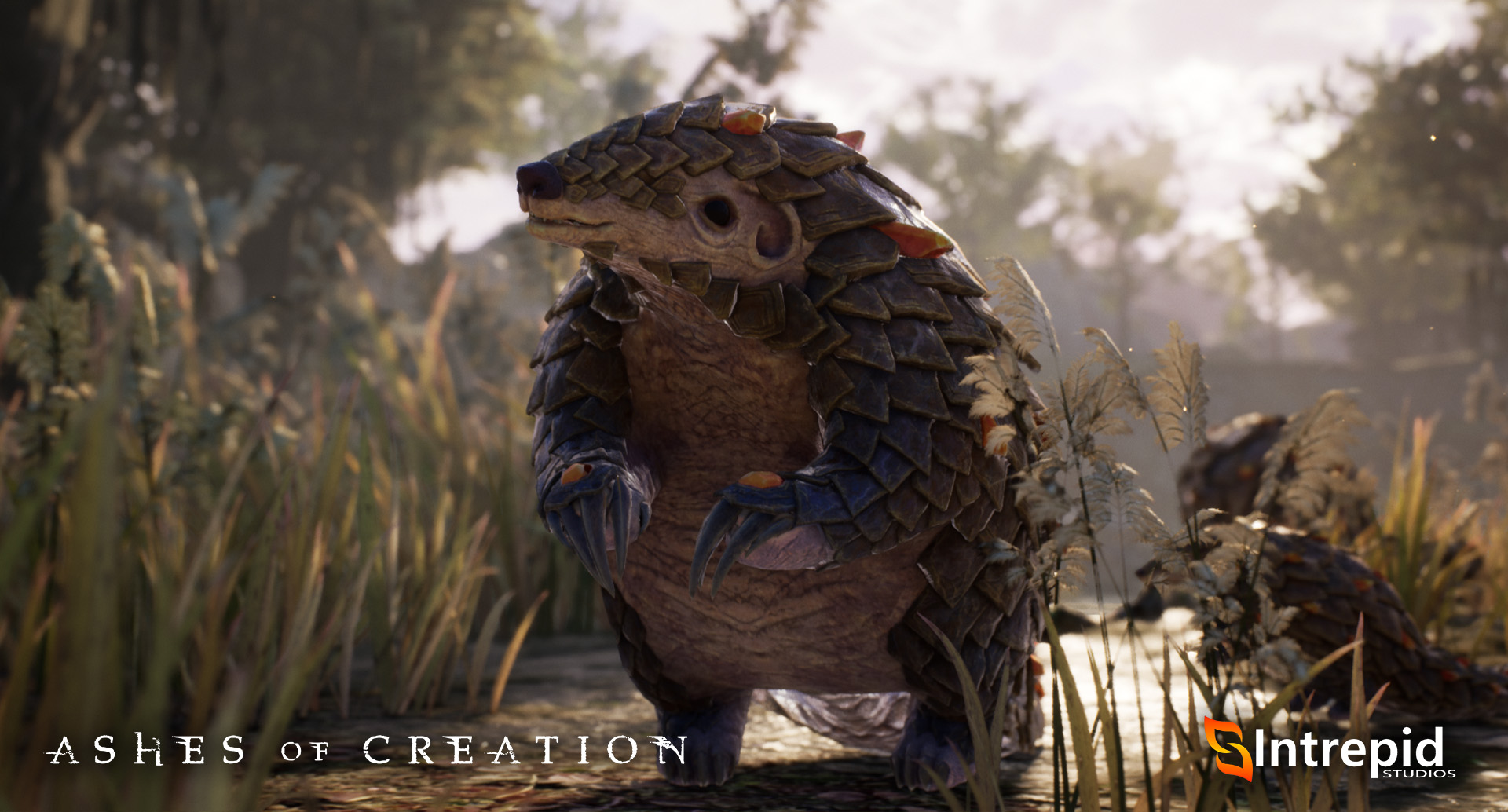 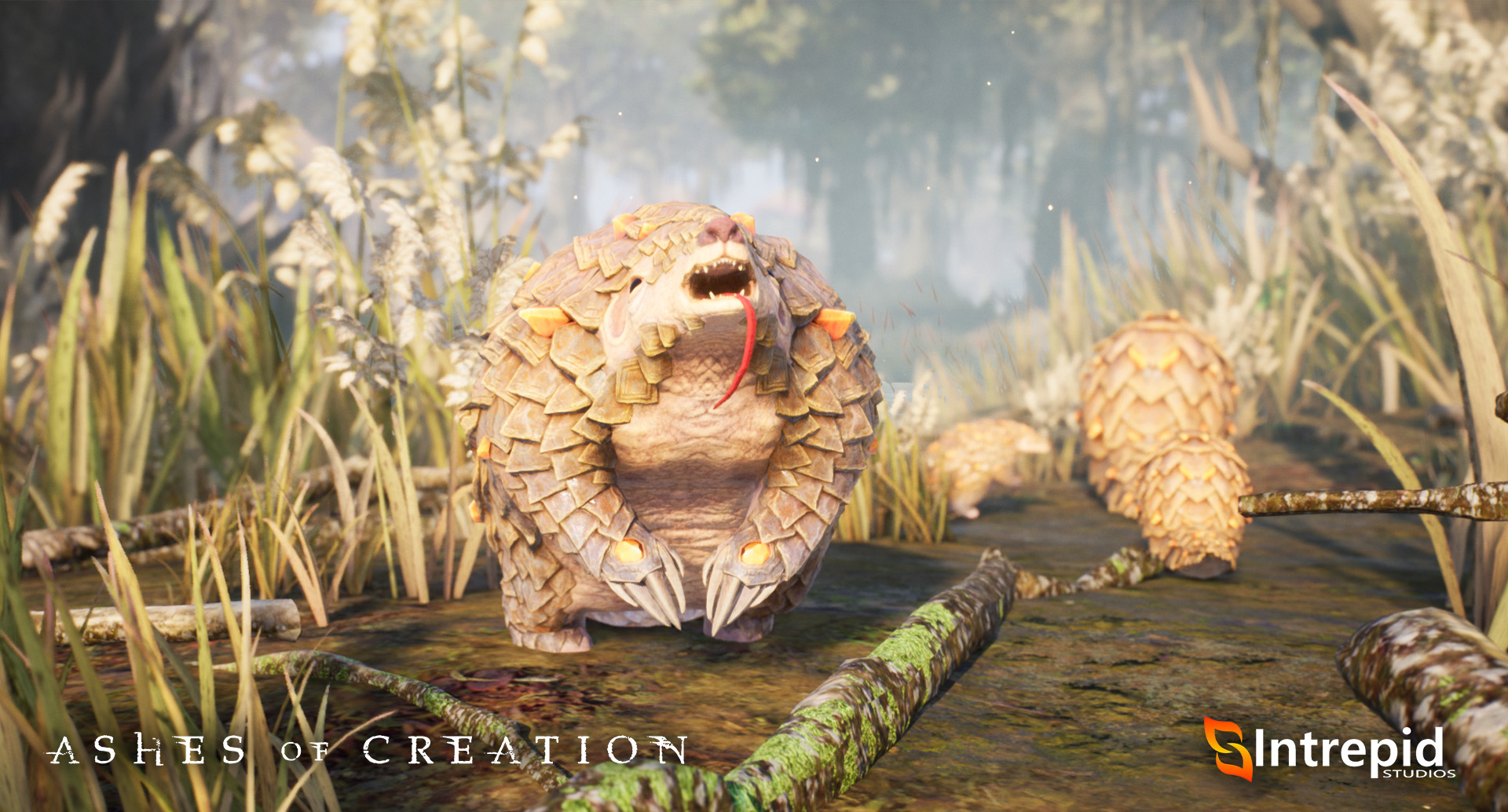 Despite the seemingly unrefined nature of the quarrior’s jewels, they harbor an unmistakable lustre that quickly rose in demand. Upon learning of the existence of these potentially lucrative beasts, more than a few forward-thinking poachers set out to extract their fortunes off the backs of the unlucky quarriors they found. While possessed of a highly volatile temperament when cornered, the quarrior is ultimately not a combative creature by nature. Many fell, and soon the markets bustled over the bids of bloodsoaked gems. 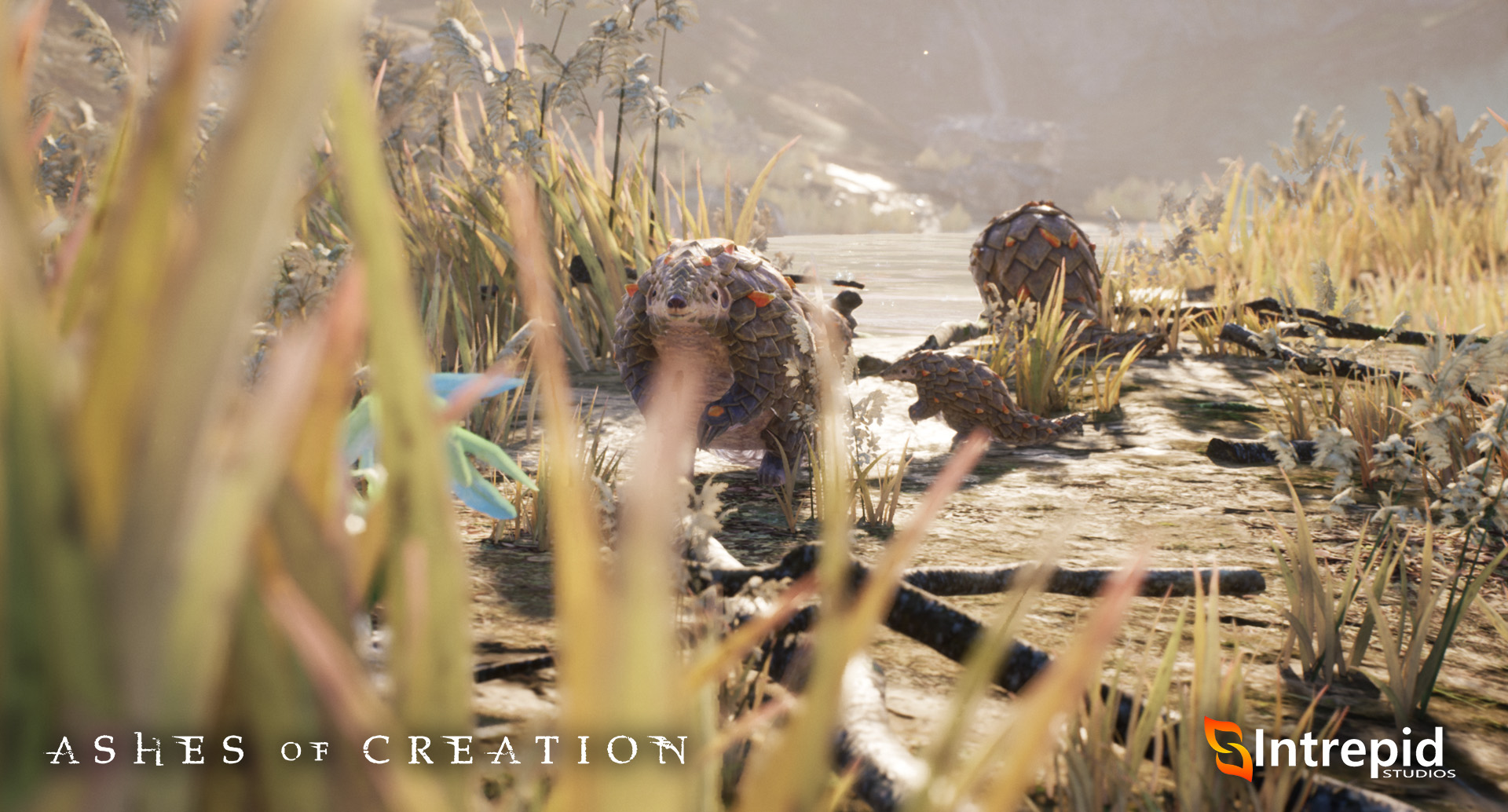 However, such niceties, like so many things, are finite. A particularly wealthy nobleman took scope of the situation. Whether through pity for such a creature or seeing the opportunity to expand his wealth further, he took it upon himself to safeguard the creatures. With a sizeable congregation of quarriors bought for no small sum of coins, the nobleman was intrigued by the creature's unusual docility, and soon wondered if such a thing could not be domesticated as one would a cat or dog. Eventually, his theory would yield merit, and his would be the very first quarrior farm. Many soon followed, and the quarrior now finds itself in a position of high esteem, not only for its gems, but its natural ability to excavate, proving to be a remarkable boon in carving civilization from the rock and stone of the new world.